The Ready To Learn Service is a nationwide effort using on-air, online and print resources and local support to help parents and early childhood educators prepare children for success in school. Services were first launched in 1994, and are conducted by PBS stations, broadcasting high quality PBS KIDS television programs like Sesame Street to 93 percent of the country including 93 million homes with 37 million children. Local stations further build partnerships with community organizations such as childcare centers, schools, libraries, businesses, civic groups, and government agencies.

Other Ready To Learn television programs include Arthur, Dragon Tales, Clifford the Big Red Dog, Between the Lions, Reading Rainbow, Maya & Miguel, and Postcards from Buster.

In 2006, PBS launched a series of short commercials for the Ready To Learn Service, that mixed characters from above mentioned PBS KIDS shows. The first four were television parodies:

Each of these commercials ends with a brief set of credits, making reference to characters from PBS shows. The "Double Get Wordy" game show commercial credits include Grover as Camera Operator, Prairie Dawn for Art Direction, Elmo Monster as Leona's Body Double and Big Bird credited as a Gaffer. A block of smaller credits followed, referring to the puppets as "Felt Americans." 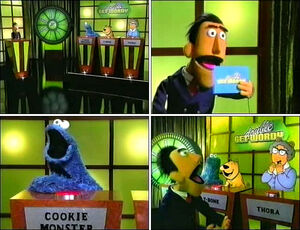 Guy Smiley and Cookie Monster, alongside T-Bone and Thora. 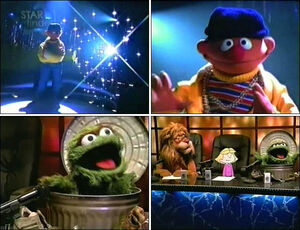 Ernie and Oscar the Grouch, alongside Emily Elizabeth and Theo. 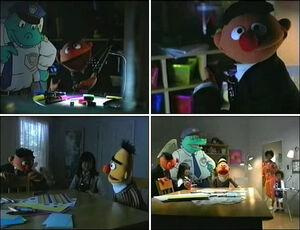 Ernie and Bert, alongside Ord. 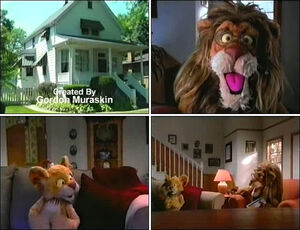 The second set of clips were based on famous movies, and began airing in 2007. These include parodies of: 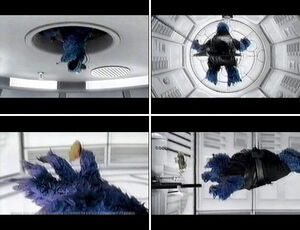 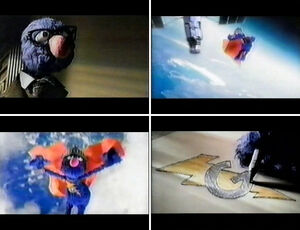 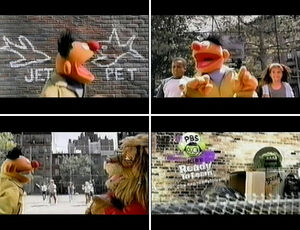 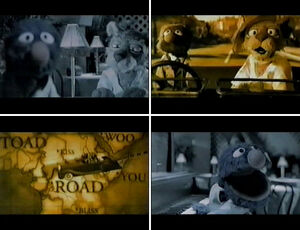