Kermit the Frog, in his long career, has often functioned as a reporter. The earliest, most frequent, and most famous stint was on Sesame Street, as TV news correspondent for the Sesame Street News Flash segments. Kermit has appeared in reporter attire, including suit, trench coat and fedora, in several productions and merchandise over the years.

The casting history has been consistent with Kermit the Frog. Jim Henson originated the role in 1972 and continued it until his death in 1990. Steve Whitmire took over afterwards, picking up the trench-coated puppet for the first time in 1992.

Kermit's news broadcasts would usually open with the camera cutting to him while engaged in off-screen conversation or facing the wrong way, unaware that he was on the air. Kermit would begin his reports with his classic "Hi-ho, Kermit the Frog here".

With microphone in hand, Kermit's reporting duties were first established on Sesame Street in the Sesame Street News Flash bulletins. Each skit featured a breaking news report from him on the street as he interviewed various characters: including Don Music, Dr. Nobel Price, assorted storybook characters, and historical figures.

Early on, Kermit appeared as a reporter in a handful of impromptu Muppet & Kid Moments on a real city street. In one of these segments, he interviewed Julia about the sounds animals make, however Kermit is not amused by her "Wiggit! Wiggit!" frog call. In another segment, he interviews John-John on pretty much the same subject, though also teaching the concepts of loud and soft.

In 1980, Kermit appeared in an installment of The Leslie Mostly Show, showing awards he's gotten as a reporter and talking about other careers he wanted before settling on a news reporter job.

Kermit has also appeared in a few sketches in his reporter attire but apparently not giving any news reports or coverage. These segments include a skit from the 1980s in which Kermit rode on an elevator operated by Count von Count, the song "Subway", and a cameo in the song "Forty Blocks From My Home".

Kermit appeared on The Muppet Show several times in reporter garb. His attire was the same as his other reporter stints, except without his illustrious fedora. Kermit brought breaking news reports to viewers from the Planet Koozebane or interviewed guest stars (in or out of character). 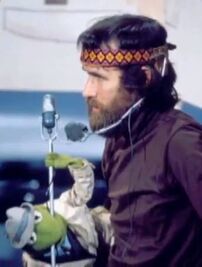 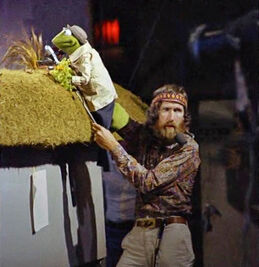 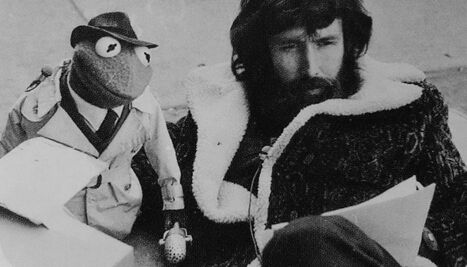 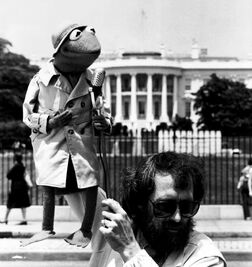 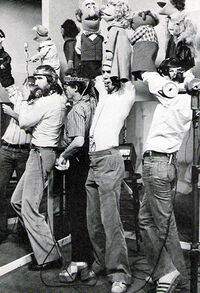 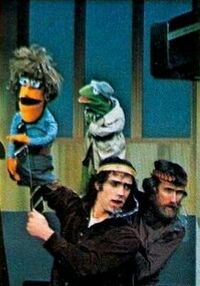 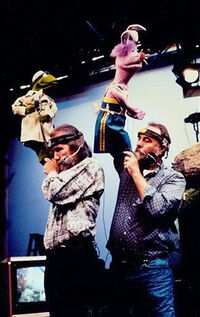 The Tortoise and the Hare's Rematch 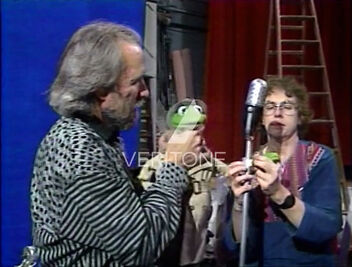 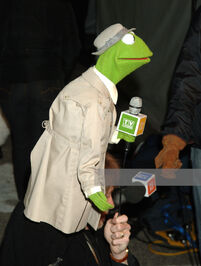 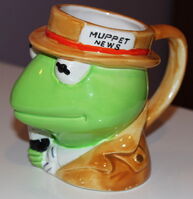 Count All the Way to Sesame Street
1985 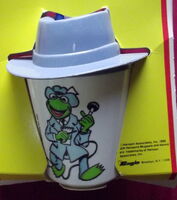 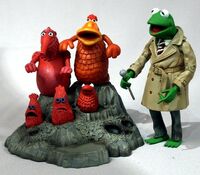 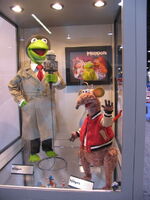 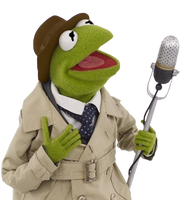 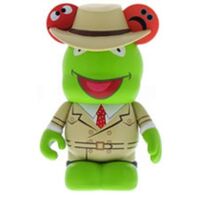 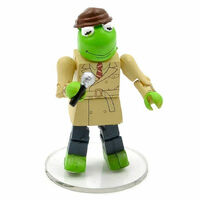 Similar to his role as newspaper reporter, Kermit also served as editor for The Muppet Show Fan Club Newsletter. National newspapers announced his promotion in April of 1978 with a promotional photo of Kermit sitting at a cluttered editor's desk accompanied by Beautiful Day Monster. The spiritual successor to the newsletter, Muppet Magazine, also enjoyed editorial oversight from Kermit as its Frog-in-Chief. In 1987, Kermit was promoted further as a news anchor for the ABC News Special Wall Street and the Economy. 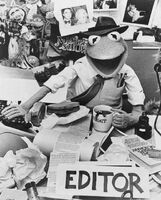