Ringling Bros. and Barnum & Bailey Circus was a world-renowned circus act, founded in 1919 with the merging of the companies owned by P. T. Barnum, James Anthony Bailey, and the Ringling Brothers. It has often been touted as "The Greatest Show on Earth", and operated for nearly one hundred years until its closure in 2017.

The Muppets have featured the circus on several occasions: 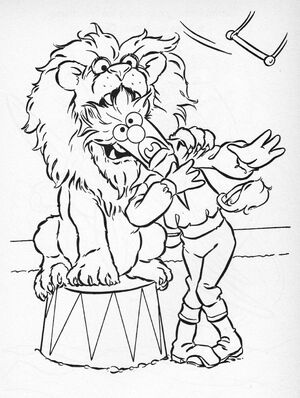 Wikipedia has an article related to:
Ringling Bros. and Barnum & Bailey Circus
Retrieved from "https://muppet.fandom.com/wiki/Ringling_Bros._and_Barnum_%26_Bailey_Circus?oldid=1148389"
Community content is available under CC-BY-SA unless otherwise noted.