In the late 1990s, Mattel released a series of musical plush which featured characters from Sesame Street. The battery-operated plush "sang", "played" an instrument (usually guitar) and vibrated or shook.

The first version of Rock & Roll Elmo was produced by Tyco in 1997 and was only available at Avon. He is dressed in a black jacket, a white T-shirt, and gray jeans and sings four songs.

Two 12-inch "Rock & Roll" plush, (initially) manufactured by Tyco and marketed under the Fisher-Price label, were released for the mass market in 1999.

Elmo is dressed in blue jeans, a white T-shirt, and a black jacket. His shoes say "Rock" and "Roll" on the bottoms. He sings "Shake, Rattle and Roll" and "ABC, Easy as 123". 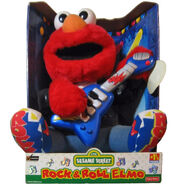 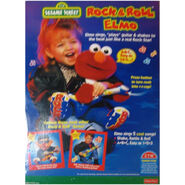 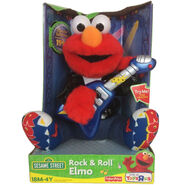 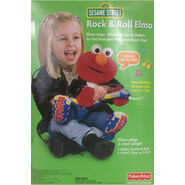 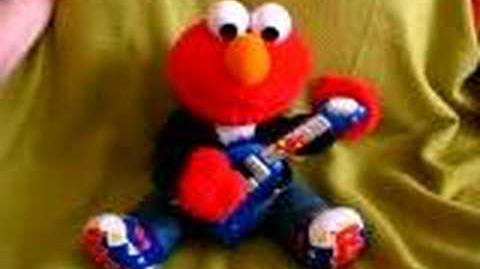 Rock&Roll ELmo
Rock & Roll
Add a photo to this gallery

Ernie is dressed in a black jacket over his trademark striped shirt and jeans. He wears dark sunglasses and his shoes say "Rock" and "Roll" on the bottoms. He sings "Rock Around the Clock" and "Splish Splash". Known international versions of this doll exist for both German and Spanish languages. 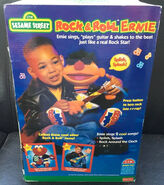 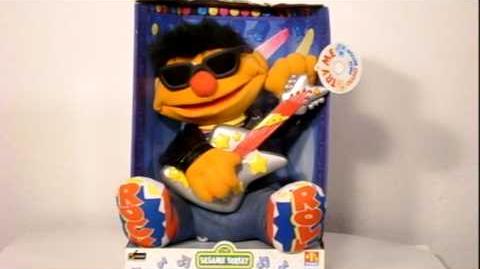 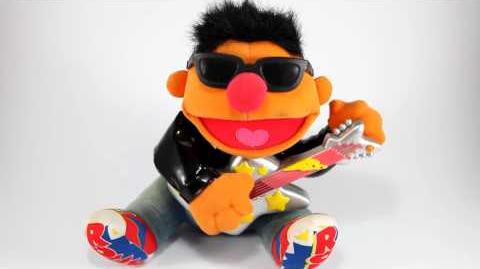 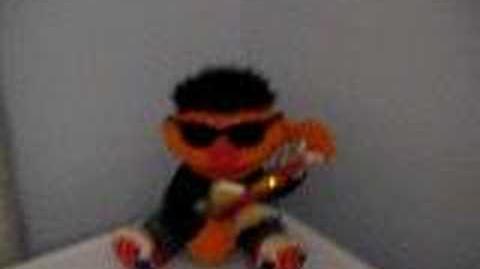 Epi Ca
Spanish
Add a photo to this gallery

A TV commercial for both plush was produced, featuring Zoe and Rosita and also advertising Elmo's Rock & Roll Guitar.

Unlike Elmo and Ernie, these toys play instrumental "rock" music, and insert occasional phrases such as "Oh yeah!". 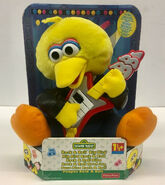 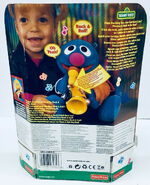 Another version of Ernie, this time wearing a silver jacket, was released in 2000 by Fisher-Price. He sings "La Bamba" and "Dancing in the Streets". 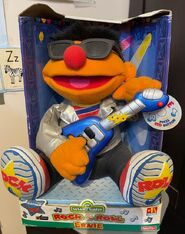 Retrieved from "https://muppet.fandom.com/wiki/Rock_%26_Roll_Sesame_Street_plush?oldid=1188285"
Community content is available under CC-BY-SA unless otherwise noted.