The Rock Around the Block Parade debuted at the Sesame Place theme park in 1997, replacing the "AmaZing Alphabet Parade". The parade continued to run daily at the park until October 31, 2010; it has since been replaced by the Neighborhood Street Party parade. 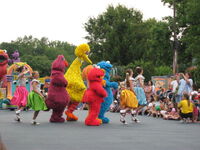 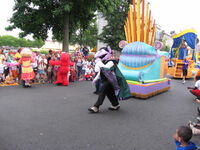 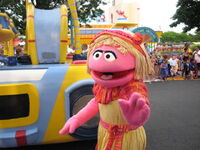 The parade consists of 9 floats which move along the parade route, and stop twice. Occasionally, the floats were moved around, but typically, the lineup went like this: 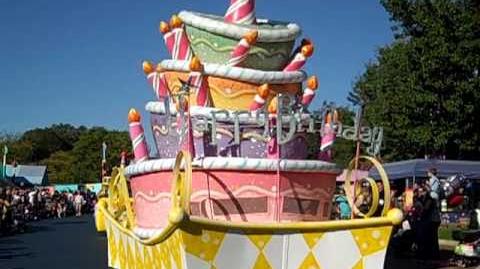 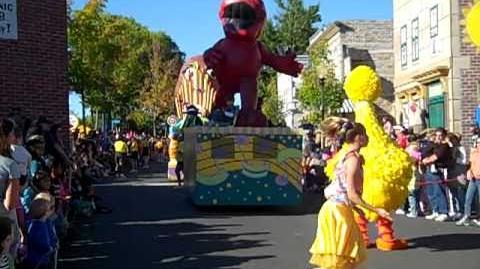 Retrieved from "https://muppet.fandom.com/wiki/Rock_Around_the_Block_Parade?oldid=1370321"
Community content is available under CC-BY-SA unless otherwise noted.