The Rockheads are a group of characters who lived on an empty lot on Sesame Street. They were created to teach the concept of what is alive and what is not.[1]

They first appeared in Episode 1939 where they try to decide how many of them there would be if one of them left, with David teaching them subtraction to figure out. At the end of the same episode, they provide a "rock concert", doing their own rendition of the "Sesame Street Theme." They made more appearances, sometimes just one Rockhead, in Episode 2019, 2037 (Martin P. Robinson), 2044, 2080 and 2162.

One of the puppets, labelled Rockhead #3, is on display at the Center for Puppetry Arts as of March 2016. 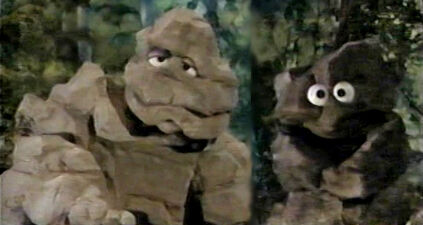 Two of the Rockheads appearing in Basil Hears a Noise 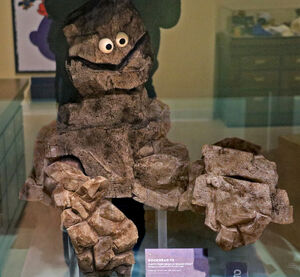