Roger Bradfield (1924-2021) was an illustrator, comic strip creator, and commercial artist. In the early 1960s, Bradfield designed cereal boxes for Kix, Trix, Wheaties and Jets. Bradfield published over a dozen children's books in the late 1960s, including There's an Elephant in My Bathtub, The Flying Hockey Stick, Giants Come in Different Sizes and Pickle-Chiffon Pie.

Compared to modern illustrations of the Sesame characters, Bradfield's linework looks offbeat and scratchy. His characters have a kind of saggy, loose-limbed quality. In the early days of Sesame merchandising, there wasn't a defined style that the illustrators had to follow; the artists were essentially free to create their own style. Bradfield's art style is distinctive, and memorable. It's not the style that would later become the model, as Joe Mathieu's did. It remains personal and unique.

Bradfield moved on from his Sesame work to create a newspaper comic strip, Dooley's World, which was distributed by King Features Syndicate from 1972 to 1978. Bradfield retired in 1988 and shifted to painting. 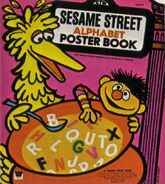 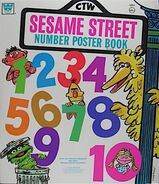 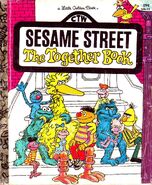 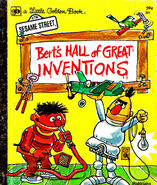 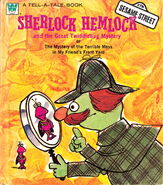 Wikipedia has an article related to:
Roger Bradfield
Community content is available under CC-BY-SA unless otherwise noted.
Advertisement