Ron Foster is an actor who appeared in The Muppets Take Manhattan as one of the men in Leonard Winesop's office, looking askance at the frog in an afro. He also made two appearances on Sesame Street in season 16, as Dr. Foster who treats Luis for a broken arm in Episode 1996 and Episode 2002.

Usually playing prosperous business types and authority figures, Foster recurred on The Guiding Light as supporting character Dr. Charles Grant (1991-1995). He guest starred on The Cosby Show (twice), Law & Order (twice, including the pilot), and one of the Stacy Keach Mike Hammer TV movies. Films include Legal Eagles (with Robert Redford) and The Money Pit (with Tom Hanks). 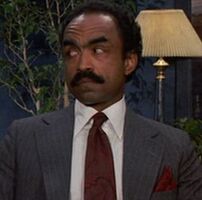 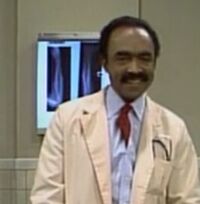 as Dr. Foster on Sesame Street
Add a photo to this gallery
Retrieved from "https://muppet.fandom.com/wiki/Ron_Foster?oldid=1248904"
Community content is available under CC-BY-SA unless otherwise noted.