Rose-Marie is an operetta-style musical with music by Rudolf Friml and Herbert Stothart, and book and lyrics by Otto Harbach and Oscar Hammerstein II. The show premiered on Broadway in 1924 and in London's West End in 1925, and became a popular motion picture starring Nelson Eddy and Jeanette MacDonald in 1936. Many of the songs composed for the show have become classics, including the most famous number from the show, "Indian Love Call". "Some of These Days" was incorporated into the film adapation, although it was not originally written for the musical. 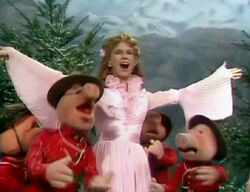 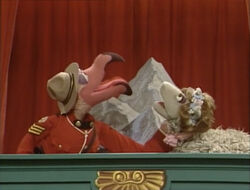 Placido and Meryl as Nelson and Jeanette.
Add a photo to this gallery

Wikipedia has an article related to:
Rose-Marie
Retrieved from "https://muppet.fandom.com/wiki/Rose-Marie?oldid=1192116"
Community content is available under CC-BY-SA unless otherwise noted.