Rove McManus (b. 1974) is an Australian comic and talk show host. McManus helmed the series Rove Live, which played host to various Muppet guests, notably Elmo (who once told the host to check his facts), Grover, and Miss Piggy.

Outside of Rove Live, McManus shared an appearance with Elmo during his time covering the 2012 London Olympics. In 2015, McManus interviewed Elmo, Abby Cadabby, and Ernie on the Sesame Street set for The Project (produced by his company Roving Enterprises). 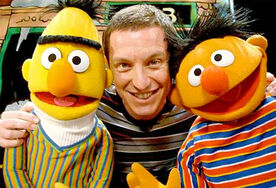 McManus with Ernie and Bert on the set of Elmo's Christmas Countdown. 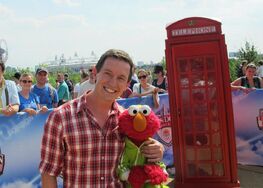 McManus with Elmo at the 2012 London Olympics.