RuPaul achieved international fame as a drag queen with the hit song "Supermodel (You Better Work)" from her album Supermodel of the World (1993) and later dueted with Elton John on the song "Don't Go Breaking My Heart". In 1996, she became a spokesperson for MAC Cosmetics, raising money for the Mac AIDS Fund and becoming the first drag queen supermodel. The same year, she landed her own talk show The RuPaul Show which ran for two years on VH1.

His reality television series RuPaul's Drag Race follows RuPaul in his search for the next drag superstar. The show debuted in 2009 and has since produced seven seasons on Logo TV.

RuPaul appeared as himself in The Muppets episode "Got Silk?" and the Muppets Now episode "Due Date." 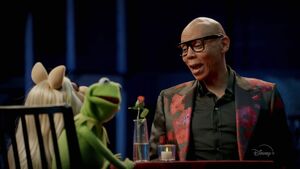 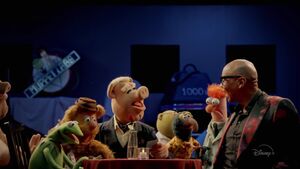 ...in 2020
Wikipedia has an article related to:
RuPaul
Community content is available under CC-BY-SA unless otherwise noted.
Advertisement