Rub-a-Dub-Dub is an English Nursery Rhyme with many variations. One of the most common is as follows:

“Rub a dub dub,
Three men in a tub,
And who do you think they be?
The butcher, the baker,
The candlestick maker.
Turn them out, knaves all three.” 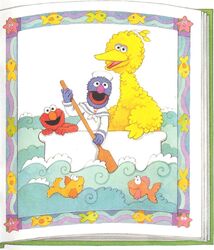 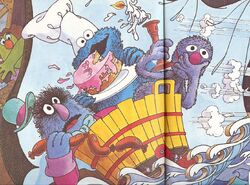 The Sesame Street Treasury Volume 3
Add a photo to this gallery
Wikipedia has an article related to:
Rub-a-Dub-Dub
Retrieved from "https://muppet.fandom.com/wiki/Rub-a-Dub-Dub?oldid=1148392"
Community content is available under CC-BY-SA unless otherwise noted.