"Rubber Duckie" is Ernie's signature song, a tribute to his beloved Rubber Duckie. The song enjoyed popular fame, reaching number 16 on Billboard's "Hot 100 Singles" chart in 1970.[1] It was even nominated for a Grammy Award for Best Recording for Children, but it lost to The Sesame Street Book & Record, which also contains the song.

Ernie originally performed the song in the first season of Sesame Street, singing in a bathtub in a room that resembled his living room. The most common version, filmed for the second season, features Ernie in a bathroom with a plain blue background. (First: Episode 0136) The song has been dubbed into many different languages, a montage of which was featured in the special Sesame Street: 20 and Still Counting.

In 1974, Ernie sang the song as "El Patito," with a new Latin arrangement, translation by Wyatt Day, and Spanish-language vocals by Jim Henson. This version was released on the album ¡Sesame Mucho!, and later issued as a single backed with the original English version in 1976.

A new version of "Rubber Duckie" with Ernie was filmed in season 30, using the original album recording with Jim Henson's vocals (First: Episode 3842). Similarly, the same track was also used for a film segment showing various kids taking baths (First: Episode 3811). In addition to Ernie, the song has also been covered by Little Richard, Bob McGrath and other artists. 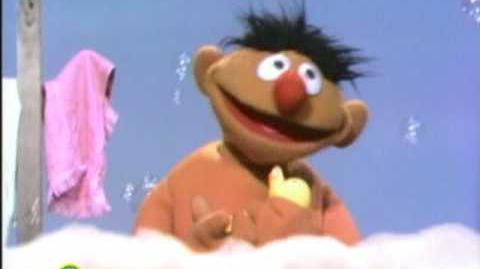 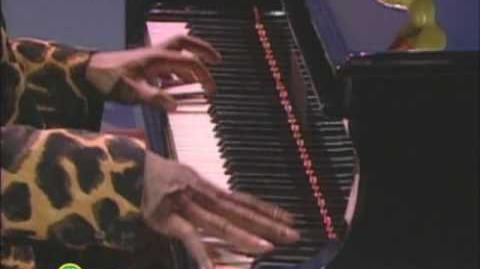