Ruby is a yellow, horned monster from Sesame Street who debuted in Season 19 and appeared on the show through Season 23.

She is very curious and loves to conduct experiments. For instance, in Episode 2645, Ruby wanted to find out what it was like to be blind, so she spent the entire day wearing a blindfold. She also greatly admires Gina and often mimics her actions in order to be just like her.

Ruby appeared in the Monsterpiece Theater segment "Guys and Dolls," where she sang about her love for trucks. She also appeared on the bus with Farley in the song "Forty Blocks From My Home."

Ruby also made minor appearances in Sesame Street: 20 and Still Counting and Big Bird's Birthday or Let Me Eat Cake. 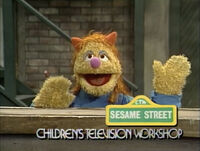 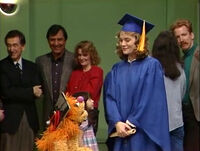 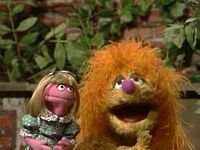 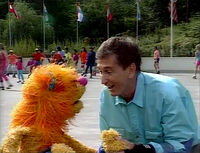