Rumpel is the Grouch from Sesamstrasse, the German co-production of Sesame Street.

Rumpel is a green Grouch (originally "Griesgram" in German, lately "Grautsch") with big energetic eyes. He lives in a barrel with his pet caterpillar Gustav.

Rumpel was added to Sesamstrasse in 1989 alongside Buh and Simson. The German grouch was to replace previously featured characters with more negative personalities such as Uli von Bödefeld and Oscar; quite a few critics weren't fond of the American Sesame Street set. German kids did not grow up in a suburb full of trash cans. After a few years of absence, the insert scenes of Oscar returned. 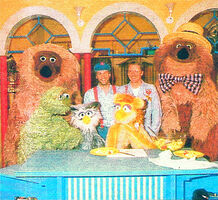 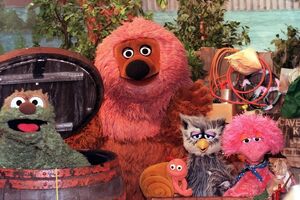 Rumpel with Samson, Finchen, Buh and Tiffy in 1995 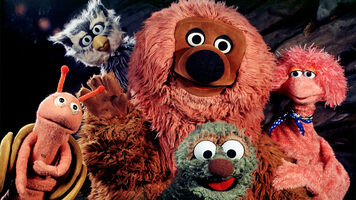 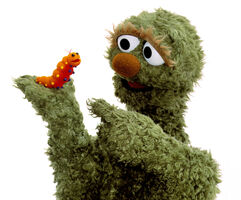 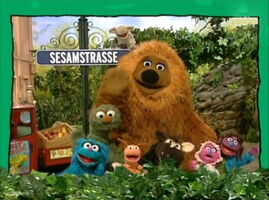 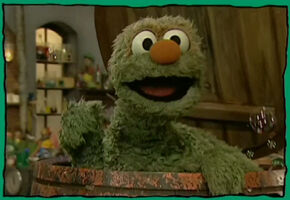 Retrieved from "https://muppet.fandom.com/wiki/Rumpel?oldid=1099344"
Community content is available under CC-BY-SA unless otherwise noted.