She lives at 456 Snuffle Circle, with her husband and her two children, Aloysius and Alice. In the 1990 book See You Later, Mashed Potater!, she is referred to as "Mommy Snuffle."

She makes her profession as a banker, working for the Snuffleupagus Bank & Trust. In Episode 2099, she has to travel to Carlsbad (famous for its caverns), so she recruits Gordon to babysit for Snuffy.

Mommy Snuffle plays a role similar to that of Big Bird's Granny Bird. She appears only on a sporadic basis and exists primarily in books or as a kindly off-screen presence, mentioned but not seen very often.

In the unaired divorce episode, Noel MacNeal remained the puppeteer, but Lynn Hippen was hired as the voice because the producers felt they needed a female voice for the character.[1] 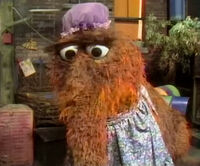 Episode 0448
When Snuffy runs away from home, Mommy Snuffle goes to look for him on Sesame Street. 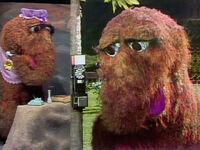 Episode 1094
A telephone fastened to a tree magically appears in front of Big Bird and Snuffy out in the plains of the Hawaiian islands. Snuffy takes a long-distance call from his mommy. 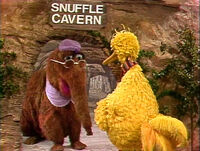 Episode 1494
Snuffy's mommy answers the door when Big Bird visits the cave for the first time (and is surprised to meet Big Bird, having thought he was Snuffy's imaginary friend), and later calls the two over to have dinner. 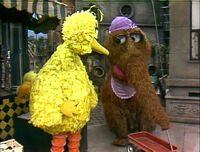 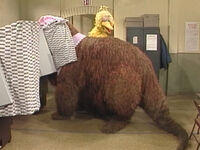 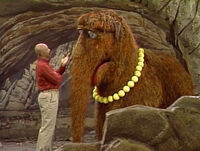 Episode 2099
Mommy recruits Gordon to babysit Snuffy while she travels for work. 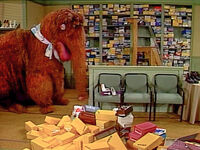 Episode 2203
After an indecisive Maria finally picks a pair of shoes at Edith's store, Mrs. Snuffleupagus is the next customer. Her shoe size is 423 quadruple E. 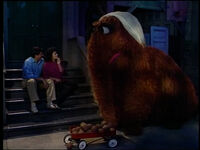 Episode 2563
Snuffy's mommy delivers coconuts from Granny Snuffle on the street to Maria. 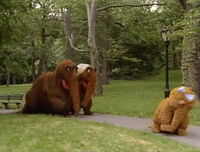 Episode 2590
The Snuffleupagus family have a picnic in Central Park. 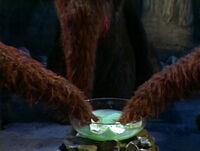 Episode 2747
Snuffy's mommy appears in a flashback as he tells Big Bird about the "boring" grown-up parties his parents have. 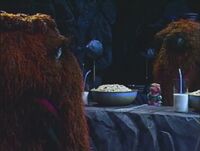 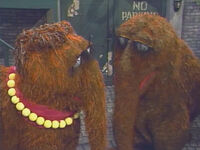 Episode 3082
Snuffy gets help from his mommy with adopting a dog. 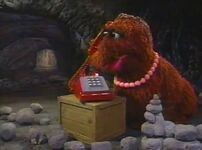 Episode 3524
Snuffy's mommy asks Maria, Luis, and Gabi to "snufflesit" Snuffy and Alice while she and her husband are away for the night. 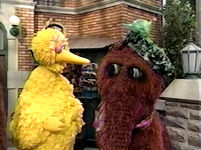 Episode 3551
After purchasing a hat Snuffy claims to have needed to get for his mommy, she then arrives and Big Bird presents it to her, though she has no idea what they're talking about. 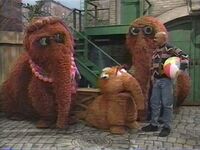 Episode 3775
Mommy Snuffleupagus leaves her children with babysitter Gordon while she attends a meeting. 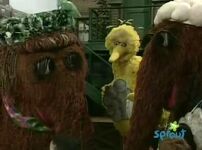 Episode 3887
Snuffy's mommy tells him not to get his cloud costume dirty. 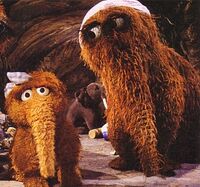 A New Baby in My House