Sam and Friends was Jim Henson's first television series, a five-minute show that aired twice daily on WRC-TV, the NBC affiliate in Washington, D.C. from May 9, 1955 to December 15, 1961.

The title character was a humanoid named Sam, but a more enduring star of the series was Kermit, who was not yet a frog. Other characters included the voracious Yorick, beatnik Harry the Hipster, excitable Professor Madcliffe, Chicken Liver and utility players Hank and Frank. Other characters possessed more ephemeral personalities, and in many cases, their existence is defined only by photographs and surviving puppets. This roster includes Mushmellon, Icky Gunk, Henrietta, Omar, Moldy Hay and the earliest Muppet star, Pierre the French Rat, amongst others. Characters were performed by Henson and Jane Nebel, with Bob Payne (who joined in 1958 to substitute for a Europe-bound Henson) and Jerry Juhl filling in for Nebel in the final season.

The series was heavily reliant, particularly in its earliest installments, on puppet characters lip-syncing to records, usually novelty songs or comedy routines from the likes of Stan Freberg, Bob and Ray, Spike Jones, Ken Nordine, and Louis Prima and Keely Smith, amongst others. Henson experimented with character voices in such sketches as "Visual Thinking," and in commercials for the show's sponsor, Esskay Meats. Though the earliest skits were in black and white, later sketches such as "Poisen to Poisen" were transmitted in color.

Some of the show's original puppets have appeared on display in museum exhibits such as the Muppets and Mechanisms: Jim Henson's Legacy exhibit at The Smithsonian Institution (which later became a part of the Smithsonian's permanent collection), and the Worlds of Puppetry exhibit at the Center for Puppetry Arts.

According to the Jim Henson Company Archives, very few of the original shorts have survived over the years. In the days before videotape, shows would have to be deliberately recorded on kinescope by pointing a film camera at a video monitor. Jim Henson "rarely bothered to record his programs, unless he was trying out a new technique or wanted to review a particular aspect of his performance."[1] While video footage for the series is limited, the archives posses over 400 audio recordings of the show between 1958 and 1961.[2][3]

Some of the existing spots can be viewed at The Paley Center for Media; others are shown at special screening events at venues such as the Museum of the Moving Image. As airdates are mostly unknown, segments are listed here alphabetically by the most well-documented title (with the exception of the final episode).

While video footage exists for some segments, others have been documented either by the Henson Archives or newspaper articles published while Sam and Friends was still on the air. 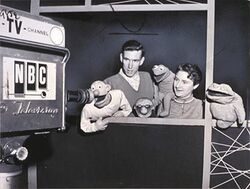 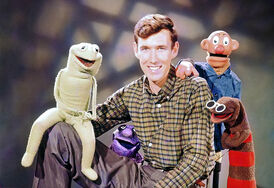 Jim Henson and the cast 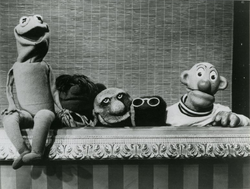 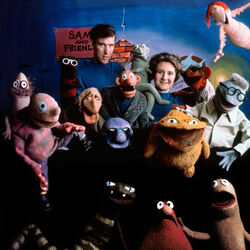 Jim and Jane Henson with the cast 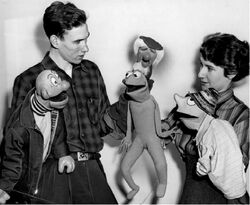 Jim and Jane with the cast, including Pierre the French Rat 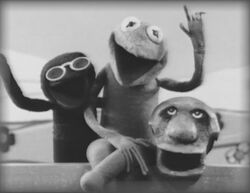 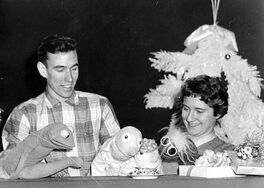 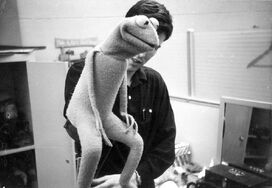 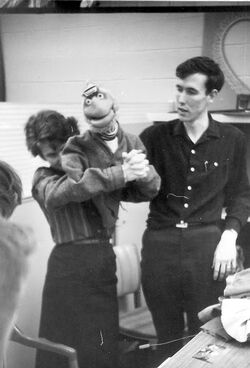 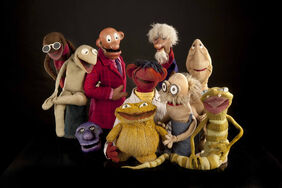 The cast in 2006 at The Smithsonian 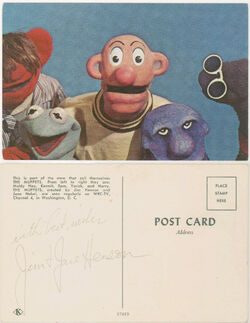 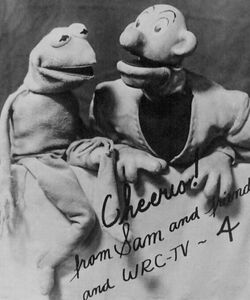 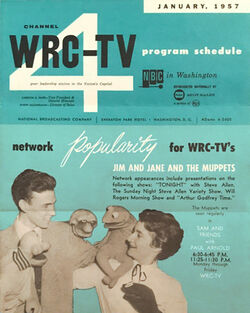 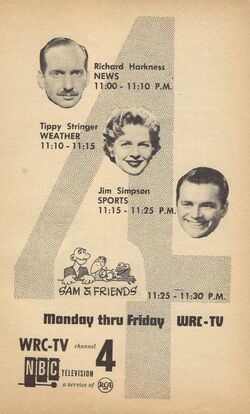 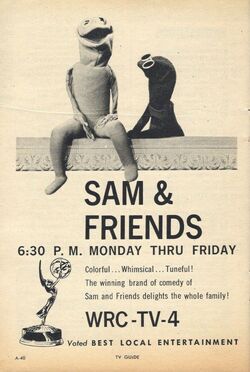 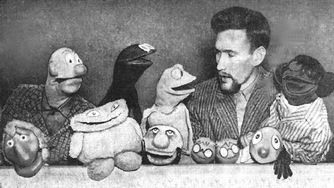 Jim Henson and the cast.