Sam the Robot (the Super Automatic Machine) is a "perfect" machine, who appeared on Sesame Street from season 4 through season 10. As he explains, "I am a machine that would be anything you like. What kind of machine do you want? I can do anything. Machines are better than people. Machines can do anything." His birthday is May 24.[2]

Sam first appeared in the Season 4 premiere, Episode 0406, where he met Gordon and Susan. He informed them that he was on Mulberry Street, not Sesame Street, because his programming told him to go to Mulberry Street, and machines don't make mistakes.

Sam was always ready to assist his friends on the street with their problems, but he invariably bungled his attempts. Despite his assertion that "machines are perfect," Sam frequently got stuck repeating the same few words over and over, until another character temporarily fixed the glitch by whacking him.

Many of Sam's friends are common household machines and appliances, some of which make noises to communicate, while others speak. Sam even has a little brother named Moe, a small electric motor seen in Episode 1230.

Sam left the show in the late 1970s, but a computer-animated descendant, Sam the Super Automated Ghost of Christmas Future, appeared in the 2006 direct-to-video special A Sesame Street Christmas Carol. The futuristic Sam shares several of his predecessor's traits, including a bow tie, idiosyncratic eye movements, and a tendency to repeat the same few words.

As he explains in his debut, Sam can serve any number of functions including an "adding machine, subtracting machine, gumball machine, soda pop dispensing machine, jukebox..." (etc). Sam's exterior was equipped with a number of gadgets to help him carry out these procedures, some of which would change for a given appearance depending on the needs of the script. Bob provides an overview of some of his core mechanisms in Episode 0515. 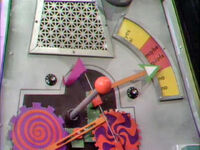 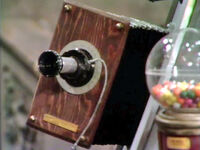 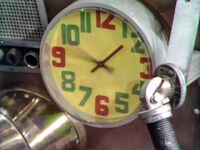 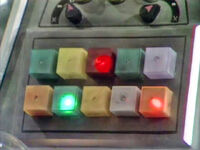 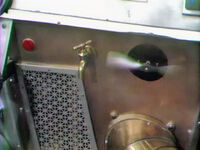 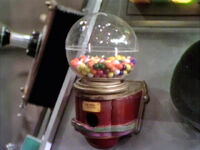 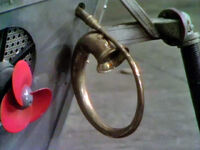 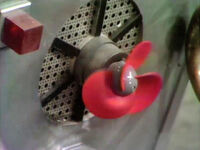 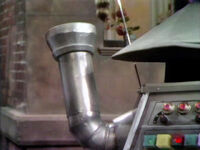 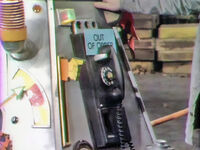 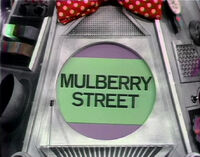 Jim Henson provided some of early concept sketches for Sam's design in 1972 ahead of his debut,[1] which was taped on September 6th of that year.

Jerry Nelson, who performed Sam in his debut appearance in season 4, alternated the role with Caroll Spinney,[3] who played Sam in Episode 0461. (YouTube) In his final appearances in season 10, he was instead performed by Brian Muehl. According to Spinney, the performer would speak into a metallic microphone and the sound would then be put through a synthesizer.[3] Spinney also claimed to have "invented" Sam the Robot as his original puppeteer.[4]

“I always thought they missed out on a good thing with Sam, and I thought a better way to do Sam was to let the little screen he had help segue into animation. I brought that up, but nobody seemed to think it was a good idea. I always thought that would’ve been a good way to use him, other than just going haywire. But that was probably me wanting my character to not be totally bogus.[5]”

Norman Stiles spoke of the character in a 2014 interview:

“This was a character we all tried to do at a time just when technology was starting to take off. We tried to do this robot character and it just didn’t work. Sam used to try to talk to other machines, like toasters for instance. It just didn’t work. Most of the writers had a hard time coming up with ideas for him, which is a sure sign that the character we created didn’t have legs… or wheels, in this case.”[6]”

Sam appeared in Marvel Comics as "Sam the Sesame Street Robot" in Spidey Super Stories #31 for a story called "Star Jaws,"[7] a Star Wars parody in which Sam teams up with Spider-Man and other characters to save Earth. As the only robot on the side of the "good guys," Sam's character is roughly a hybrid of the C-3PO and R2-D2 characters in Star Wars. The Star Jaws variant is smaller than the full-body Muppet character and is similar in size to R2D2. Unlike the original Sam the Robot, the Star Jaws Sam is not a predominantly comic character—he is physically agile and participates effectively in fight scenes, using his two front legs to kick his adversaries and jump to safety.

After Sam's retirement from the show, multiple references to him have been made in animated form. 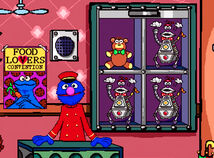 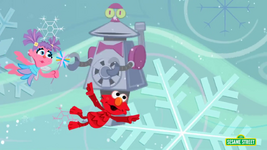 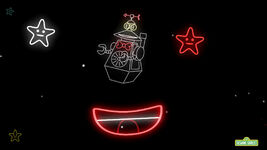 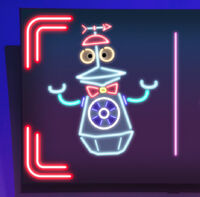