Jim Henson produced some short films for Sesame Street in which a narrator (William "Rosko" Mercer) counts up to a number and back down again, over a series of computer-generated images. The 10 segment features Limbo as the owner of the voice, while the entry for the number 4 uses only narration.

The films were animated using the Scanimate process at Computer Image in Denver, Colorado in September 1970. Jerry Juhl wrote the scripts,[1] which are referenced in CTW outlines as "Henson Computer". 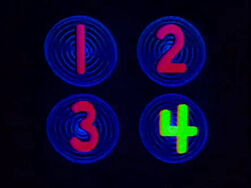 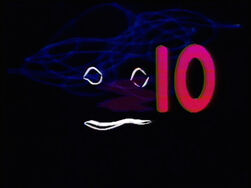 Retrieved from "https://muppet.fandom.com/wiki/Scanimate_Films?oldid=1118241"
Community content is available under CC-BY-SA unless otherwise noted.