Scott Foley (b. 1972) is an actor working in Hollywood since the mid-1990s. He has had regular roles on Felicity (with Keri Russell) and ABC’s Scandal.

In August 2015, he posted photos of himself with Animal and Gonzo to his social media accounts. He was one of several Scandal actors appearing in a promotional spot for The Muppets. He appeared with Gonzo, who uses Foley as a template for his online dating profile. (VIDEO)

Foley spent a stint on True Blood (2011-2012) and had recurring guest roles on Scrubs, Grey's Anatomy, and Dawson's Creek. 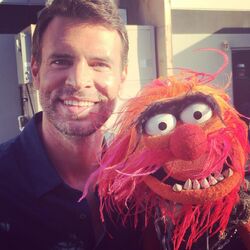 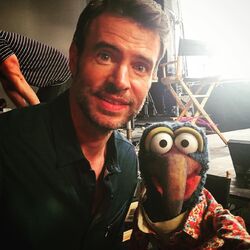 Add a photo to this gallery
Wikipedia has an article related to:
Scott Foley
Retrieved from "https://muppet.fandom.com/wiki/Scott_Foley?oldid=1128754"
Community content is available under CC-BY-SA unless otherwise noted.