The season's main educational goal is how to demonstrate kindness.[1] The episodes are now formatted around one specific curricular theme, particularly those relevant to the lives and interests of a typical preschool child (such as bedtime, boo-boos, and animals). Fewer celebrity and parody segments are employed this season, as studies have shown fewer parents (whom the segments are often geared toward) are co-viewing with their children.[1]

The show also begins to tighten its focus in on a smaller number of select characters:

Debuting in the season is a new Cookie Monster segment, "Smart Cookies." New editions of "Elmo the Musical" also debut (now running seven minutes), and "Elmo's World" is reintroduced to the show, with re-edited, high-definition versions of older segments. Also introduced are new opening (directed by Marco Spier of Psyop)[3] and closing song sequences, the former marking the first time the theme sequence has taken place on the street set itself.

The "What's the Word on the Street?" cold opens have been discontinued and replaced by brief scenes of the Muppet characters introducing the topic of each show. The Word of the Day segments have been cut as well.

The season also marks the show's move to a new channel. The episodes debut first-run on HBO and then air on PBS following a nine-month window.[4] The season also introduces a shortened, half-hour format, completely dropping the hour-long run time.

Sonia Manzano retired prior to the season taping and therefore does not return as Maria.[5] Also leaving the cast are Nitya Vidyasagar (Leela) and Ismael Cruz Córdova (Mando). On July 28, 2016, it was announced that Bob McGrath (Bob), Roscoe Orman (Gordon), and Emilio Delgado (Luis) would not be returning to the show[6]; however, this was later explained as a misunderstanding as no scenes had been written for them this season.[7]

The season introduces many changes to the street set in an effort to modernize the look of the street, evoke a greater sense of community and get viewers to associate the Muppet characters with specific locales.[8] Changes include:

The changes were designed by David Gallo.[8] The new set elements were constructed by Showman Fabricators and Gotham Scenic (who built Oscar's new enclosure, the newsstand, and Big Bird's nest).[10] 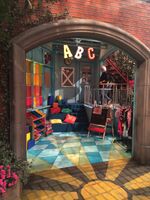 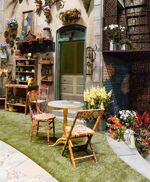 The season marks the first use of a Steadicam in studio for the show.[14]

First-run episodes of Sesame Street began airing on HBO in 2016. The season debuted on Saturday, January 16, 2016, with two new episodes (4601 and 4602) airing back-to-back at 9:00AM ET/PT. In the subsequent weeks, a new episode aired on HBO every Saturday at 9AM, followed by a repeat at 9:30. New episodes debuted each Saturday morning for 33 weeks, running from January 16 until the end of the season. Episodes were simulcast in Spanish on HBO Latino, and new and library episodes air each weekday on HBO Family. The final episode of the season (4635) aired on October 29.

Grover and his Mommy in Episode 4618 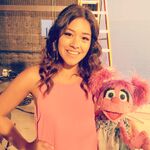 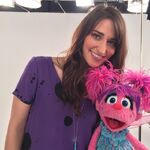 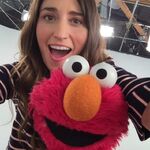 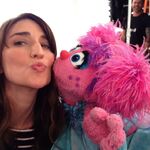 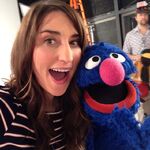 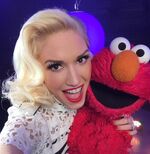 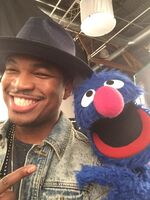 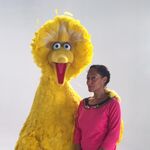 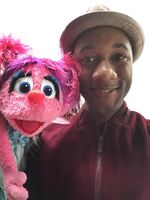 Aloe Blacc and The Count 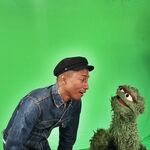 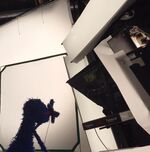 Nina with Elmo and Abby in Episode 4601