The season continues the previous season's curriculum of "kindness," reflected in several street stories and a new "Kindness Cam" segment, where Elmo replays a clip from the show and kids act out the kindness element.

"Elmo's World" returns with 26, all-new episodes. Each five-minute segment features Elmo in a newly designed "world," still accompanied by Mr. Noodle (played once again by Bill Irwin) and his family, and Dorothy, but joined by Smartie, an animated smartphone.

The season also introduces new dance breaks for the letter and number of the day, starring Abby and Cookie Monster (respectively).

Among the segments filmed were clips of various celebrities (including Corden, Derulo, Kelly, Mackie, and Sia) singing the classic Sesame Street song "Rubber Duckie" with Ernie and his rubber duck on a set filled with floating bubbles.[4]

James Corden shoots a scene with Elmo and Grover 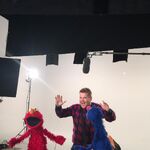 James Corden on the set with Elmo and Grover

Elmo and Abby on the set with Jason Derulo 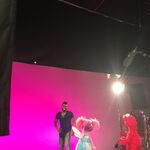 Elmo and Abby on set with Jason Derulo

Tori Kelly on the LA set 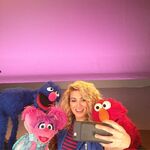 Tori Kelly takes a selfie with Elmo, Abby and Grover 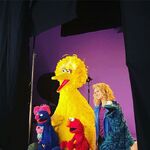 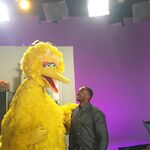 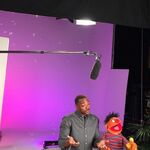 Sia on the set with Elmo and Big Bird

Sia on set with Elmo and Big Bird 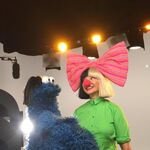 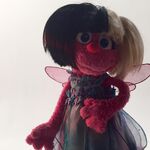 Abby Cadabby with a Sia-inspired wig

Elmo and Abby with Sia-inspired wigs 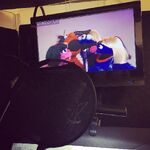 Little Big Town on the set 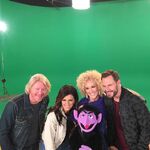 Little Big Town with the Count 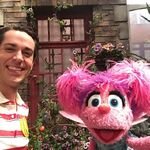 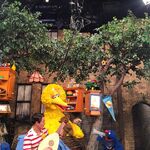 Zachary Levi on set with Elmo, Grover and Nina 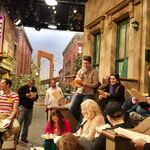 Zachary Levi on set with the performers

Zachary Levi with the performers 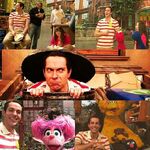 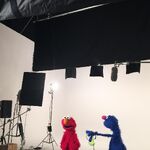 Elmo and Grover on the LA set 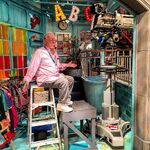 Frank Biondo on the Sesame Street set at the start of the 47th season's production in December 2015.[5]

Rosita, Elmo and Ovejita on the first day of filming season 47. 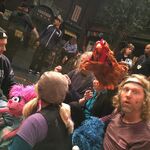 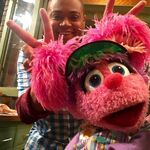 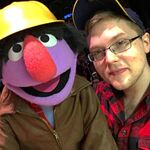 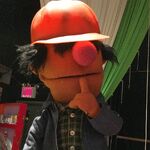 Leslie Carrara-Rudolph and an Anything Muppet 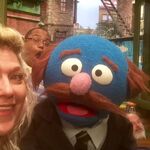 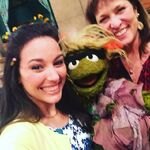 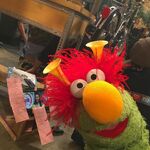 A Honker on set. 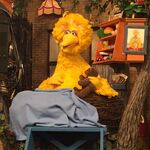 Big Bird in his nest 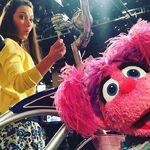 Suki Lopez and Abby on set. 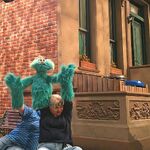 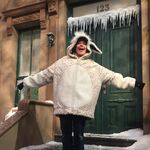 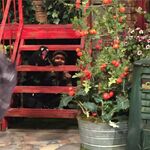 Leslie Carrara-Rudolph and a Muppet penguin

Prairie Dawn and worms on set. 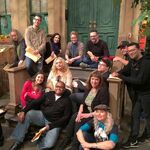 Muppet performers and cast members on the set. 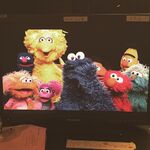 Muppets on the monitor