Sesame Street's 49th season will premiere on HBO, possibly sometime in 2018 or 2019. Primary production started the week of October 16, 2017, and wrapped on December 15. Additional filming took place during the week of April 9, 2018[1] The season's main curriculum goal will be different forms of play.[2]

Cast members appearing in street scenes for the season include Suki Lopez (Nina), Alan Muraoka (Alan) and Chris Knowings (Chris). This marks the first season with Peter Linz taking over as Ernie.

The second season of Matt Vogel's web-series, "Below the Frame," was produced during the production of Season 49.

This is also the first time since Season 32 that Zoe is seen without her tutu.

Jack Antonoff with Bert and Ernie

Chance the Rapper with Cookie Monster, Abby, Elmo, and Rosita 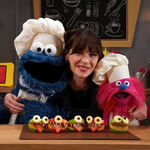 Tiffany Haddish with Abby and Elmo

Kate Micucci with Bert and Ernie 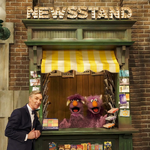 Bill Nye with the Two-Headed Monster 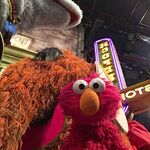 Elmo and Snuffy on the set

Snuffy on the set

Rudy on the set 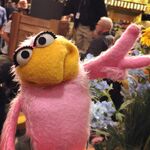 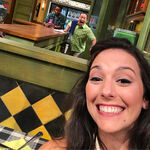 Suki Lopez on the set with Alan Muraoka

Suki Lopez on the set with Chris Knowings

Kate Micucci in Oscar's trash can with Stephanie D'Abruzzo

Keegan-Michael Key with Oscar the Grouch

Allison Williams by Oscar's trash can

Annie and Wil Wheaton on the set

Annie and Wil Wheaton with Oscar

Meredith Salenger and Patton Oswalt on the set 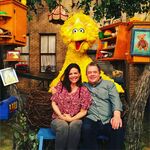 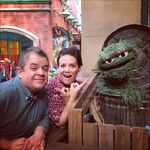 Meredith Salenger and Patton Oswalt with Oscr the Grouch 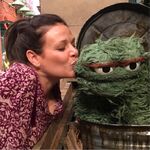 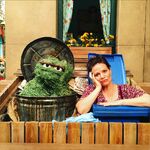 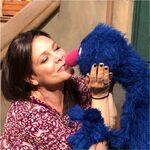 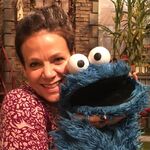 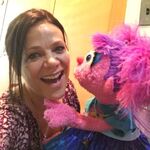 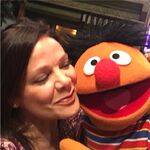 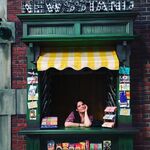 Meredith Salenger in the Newsstand 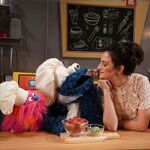 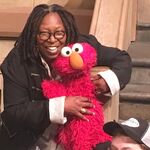 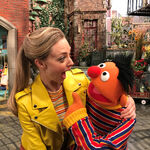 Puppeteers on the set

Puppeteers on the set