The show's racial justice curriculum, which began with its Coming Together initiative, will be a focus this season.[2] A five-episode storyline will feature Elmo on a farm, filmed on location at Harvest Moon Farm and Orchard in North Salem, New York.[3][4][5] Also, joining the cast is Elmo's newly-adopted puppy Tango, who first appears in a 2021 special.

Production was complicated due to the COVID-19 pandemic; filming for the season's farm storyline took place at Harvest Moon Farm and Orchard in August 2020 to allow for open-air filming.[4][6]

In-studio production began a few months later, starting the week of October 26[7] and wrapping on December 10.[8]

Celebrities who visited the set during production of the season include: Keke Palmer[9] and Kacey Musgraves.[10] 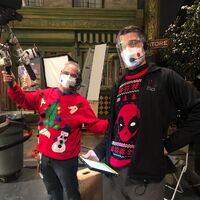 The crew wearing masks on set, amid the COVID-19 pandemic. 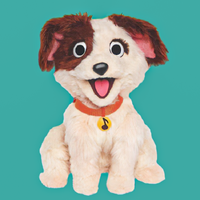