See 'n Say is an educational toy created by Mattel in 1965, and currently under the Fisher-Price brand, intended to teach children associations between pictures and the sounds of the corresponding words. Roughly 11 inches wide, the front of the device is shaped like a clock face with a number of pictures arranged around the center. The large, arrow-shaped clock hand in the center can be rotated to point at one of the images, then a string or lever is pulled to play a corresponding sound. The hand spins clockwise as the sound plays.

In 1990, Mattel produced a "Kermit Counts" See 'n Say, with Kermit the Frog pointing to his friends, who count objects up to ten. Mattel has also produced Sesame Street versions of the toy featuring Elmo.

In 2008, Fisher-Price produced "Elmo's Peek & Seek", a Sesame Street game version of the classic See 'n Say. They also produced two holiday versions of "See 'n Say Junior", for Easter and Christmas. On the holiday Junior versions, one points the arrow at one of the four icons and presses the button to hear a clip from a song and a sound effect. When the button is pressed a fifth time, it plays the entire song with all of the sound effects.

Hasbro/Playskool produced a copycat toy line in the late 1980s, Sounds Around, which also featured a Sesame Street set. 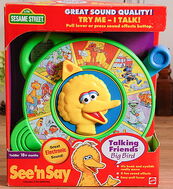 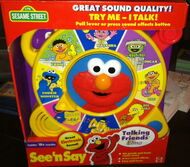 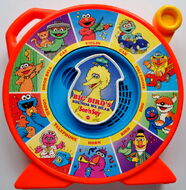 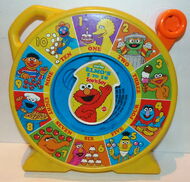 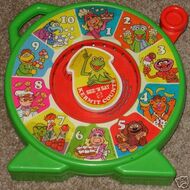 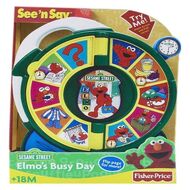 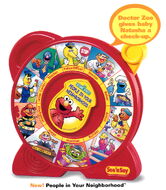 The People in Your Neighborhood, 2001 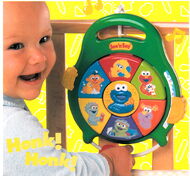 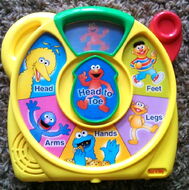 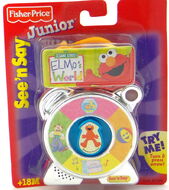 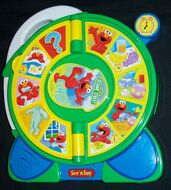 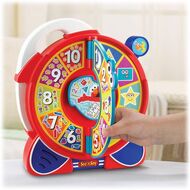 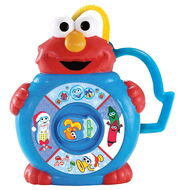 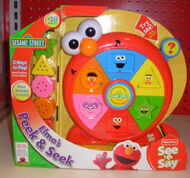 Retrieved from "https://muppet.fandom.com/wiki/See_%27n_Say?oldid=1290475"
Community content is available under CC-BY-SA unless otherwise noted.