This album won a Grammy Award for Best Recording for Children. It was re-issued in 1992 by Golden Music on cassette and CD. On this version, the tracks segue into each other. A bonus track not included on the record, "Roll Over", is also added. 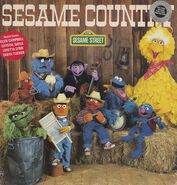