Sesame Disco! is a 1979 Sesame Street album, a follow-up to the previous year's Sesame Street Fever. The album features the Sesame Street characters performing disco versions of classic Sesame songs, along with some new songs written during the disco era. All of the album's songs were written by Joe Raposo.

The Sesame characters are backed up by a chorus of female singers, credited on the album as "the Girls".

The album was nominated for a Grammy Award for Best Recording for Children, but it lost to the soundtrack album of The Muppet Movie. 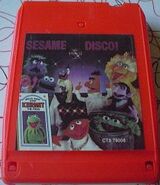 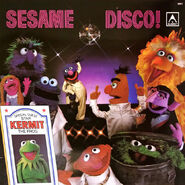 Trade ad for the album