Sesame Sings Karaoke is a video release of the main storyline in Sesame Street Episode 4031, the Season 34 premiere.

In the story, Alan hosts a karaoke night at Hooper's Store. Baby Bear wants to sing a song with Telly, but Telly is too nervous to go on. However, when it's Baby Bear's turn, he gets too nervous, and Telly comes to his rescue.

Bob comes onstage to sing "The People in Your Neighborhood", but as he sings, the karaoke machine breaks down. Bob and the cast realize that they can still sing without the karaoke machine, and the Muppets run to get instruments.

It also includes the main storyline of Episode 4046.

Many of the songs sung during the stories are intercut with other versions of the songs, including "A New Way to Walk", "Let's Go Driving", and "The People in Your Neighborhood". 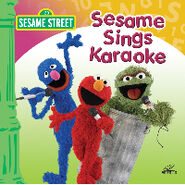 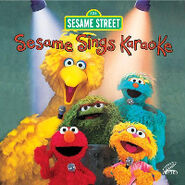 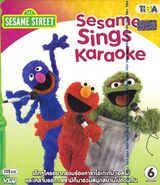 Thailand (VCD)TIGA
Add a photo to this gallery