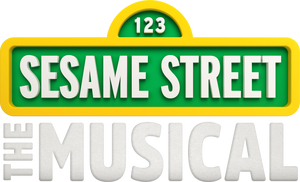 Sesame Street: The Musical is an off-Broadway stage production featuring songs and characters from Sesame Street. It was announced in a press release exclusively reported to Variety on June 7, 2022.[1]

The show will open on September 22, 2022 (with previews beginning Sept 8) at Theater Row on West 42nd Street, and run through November 27th. Musical numbers will consist of established songs from the show's history as well as new material written especially for the production. The show is directed and produced by Jonathan Rockefeller in association with Sesame Workshop.[1]

The cast of characters appearing via live puppetry[2] include Elmo, Cookie Monster, Grover, Abby Cadabby, Rosita, Bert, Ernie, Oscar the Grouch, Count von Count, Gabrielle,[1] "and a host of Honkers, Martians, and other favorites." The show will also feature "special guest stars from Broadway and beyond."[3]