The Japanese co-production of Sesame Street (セサミストリート) ran for three seasons airing on TV Tokyo from October 10, 2004 to September 30, 2007.

Besides the title, other elements this version retained from its predecessor are the theme song and three of its Muppet characters - Elmo (エルモ), Big Bird (ビッグバード) and Cookie Monster (クッキーモンスター) - who are joined here by new characters created especially for the show: Teena (ティーナ), Mojabo (モジャボ), Arthur (アーサー) and Pierre (ピエル), Meg (メグ) and Grorie (グロリー).

A 2004 article in the Japan Times said: "The original Sesame Street focuses on basic education for preschoolers, such as learning the alphabet, but the Japanese version takes up a wide range of topics, including ethics, how to interact with friends and environmental issues, according to TV Tokyo officials. Some of the program's goals include encouraging children to be considerate toward others, to be honest with other people and to think logically, they say."

Meg メグ
Add a photo to this gallery

The Japan Times article reported that the show was suffering from low ratings in its early months: "Viewers are complaining about the differences in the characters' voices compared with the NHK-aired version and about the exclusive use of Japanese."

Another scathing article, published in November 2004 in the Yoimuri Shinbun, was titled "A wrong turn on new Sesame Street": "[The] new and not improved version of Sesame Street...opens with the cast shouting: 'English, Everybody. It's Sesame Street,' but it was 20 minutes later before we heard another English phrase. One of the better decisions NHK made this year was not to get involved with the Japanization of Sesame Street.

"The show... bears very little resemblance to the original.... If anything, the show looks poised to further the scope of Japlish and make the work of the nation's English teachers even more challenging. First, there is the perplexing problem of how to pronounce the names. Since the show is now all in Japanese...bye-bye, Big Bird, and hello, Biggu Bâdo, Bâto, and Kukkî Monsutâ....

"Then, at last, came the show's ode to its English-language-education roots—a section called English on Street set in a convenience store. Big Bird wants an umeboshi ika manju...The obliging onî-san...makes him one and we get the English phrase for the day: 'Tastes bad!' No one bothers to add an 'It,' as in 'It tastes bad.' Who needs a complete, correct English sentence in a Japanized version of Sesame Street? 'Tastes bad' is repeated in an assortment of very bad accents and then we are given the appropriate translation: mazui. That is definitely the taste the show left with me—mazui, mazui, mazui.... Yes, all in all, I'd say this show is a giant six-step leap backward for early childhood education in Japan." 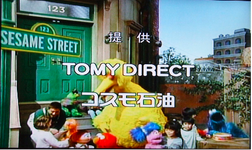 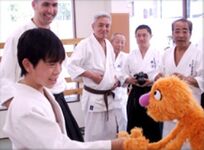 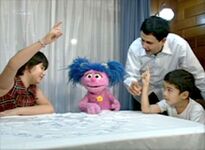 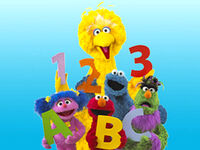 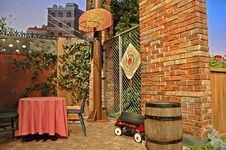 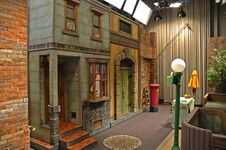 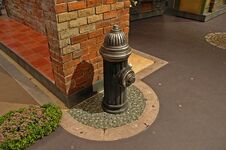 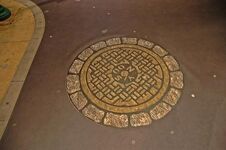 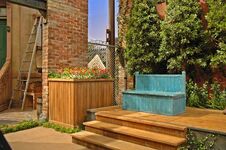 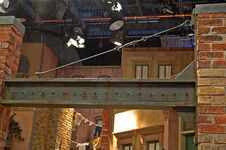 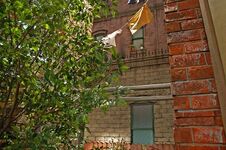