The Sesame Street 123 Neighborhood Playset was released by Illco in the 1990s. After Illco was acquired by Tyco, the playset was also released under the Tyco label.

The 27 piece set depicts the 123 Sesame Street brownstone and Hooper's Store. Various accessories are included - including furniture and vehicles - as well as four figures of Ernie, Cookie Monster, Big Bird and Oscar the Grouch.

The set can be closed and carried by a handle. 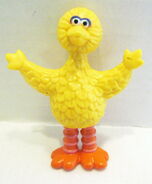 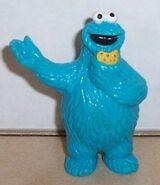 Add a photo to this gallery
Retrieved from "https://muppet.fandom.com/wiki/Sesame_Street_123_Neighborhood_Playset?oldid=1110710"
Community content is available under CC-BY-SA unless otherwise noted.