Sesame Street 4-D Movie Magic is a four-dimensional film at Universal Studios Japan. The attraction, which debuted on April 26, 2003, [1] is shown at the park's "Cinema 4-D Theater", along with Shrek's 4-D Adventure.

Although originally intended for release in Japan only, the attraction eventually had a short run in the U.S., where it was renamed Lights, Camera, Imagination!, with some alterations.

The show's basic theme is imagination. In a projection room, the Sesame Street Film Festival is being held, and everyone is busy adding final touches to their films. The first preview is a western flick made by (and starring) the Count, entitled The Counting Kid Counts Again which was filmed in the arbor area. The second preview is Prairie Dawn's sci-fi/adventure film Prairie and the Pretty Space Ponies, which stars her along with Telly, Zoe and the Two-Headed Monster as the title characters. Suddenly, the projector breaks. Disappointed, everyone leaves the room. Elmo, being the only one left, has an idea that everyone can still show their movies by using their imaginations. Elmo leaves the room and guests enter the main theater.

As soon as everyone is in the main theater, Big Bird, seen with two anonymous Twiddlebugs appearing in CGI form, welcomes the audience and walks over to 123 Sesame Street, where he meets up with everyone else, looking rather disappointed about what happened earlier. Elmo comes in riding his tricycle (bumping into a crate near Oscar's trash can). The "movies" then begin.

Ernie, who is sitting on the stoop with Bert suggest that they imagine themselves in different places (much against Bert's will). First, they imagine being in a desert, followed by a bathtub (possibly in their apartment) where Ernie throws his Rubber Duckie into the air, leading them to the bottom of the ocean, where Ernie plays fetch with a "dogfish". Out of nowhere, a purple octopus pulls Bert away-not to harm, but to dance the tango with him. Bert is having so much fun dancing with him until he's snapped out of the dream sequence and finds himself held by Oscar.

Next, Cookie Monster imagines himself in a monster movie spoof entitled "Cookie Monster vs. Monster Cookie", which starts with him on top of the Empire State building (a reference to King Kong) and a bunch of Anything Muppets below him screaming. Cookie explains that it's not him who's causing the distress, but rather, a giant cookie which flies around like a UFO, squirting chocolate on the buildings. Cookie makes an attempt to defeat him, but he fails. That is until he "walks off", tricking the over-sized cookie into having his way until he is smashed into crumbs. Cookie then swallows the crumb like a vacuum cleaner and he's back on the street.

Oscar the Grouch then imagines himself and the others on Sesame Street, which has become a dump surrounded by Pesties (who crawl around the audience members' legs, yet only one is seen), socks that sing "I Love Trash," and rain falling from the sky. Elmo comes up with a "happy ending" involving sunny skies, balloons, decorations and so on.

In the final part of the attraction (in which the audience steps through the screen and enter the third hall with an almost exact replica of the street set), Big Bird, Cookie, Elmo, Ernie, Bert, Oscar, Grover, Zoe, Telly, The Count and Prairie Dawn are seen back in their same old street being interviewed by a Large Lavender Anything Muppet female reporter.

Differences between Japanese and American versions

When the attraction was shown in the U.S., some alterations were made. In the American version, the pre-show played before the main show in the same theater, whereas in Japan it is shown in a separate room before guests enter the main theater. The American version also omitted the post-show. Caroll Spinney voiced his characters in the American version, but he was not present during filming. Instead, Matt Vogel performed Big Bird, while John Tartaglia stood in for Oscar. Vogel's Big Bird can still be heard in the U.S. version during the opening song "Welcome to Sesame Street". 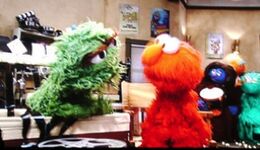 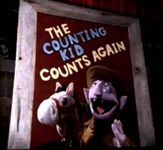 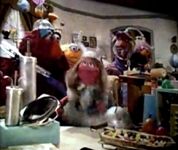 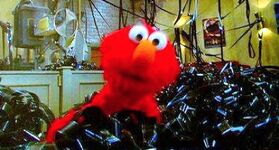 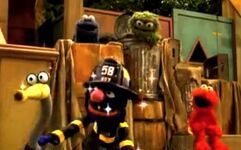 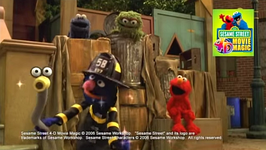 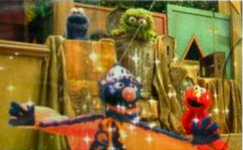 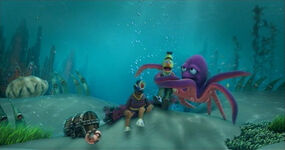 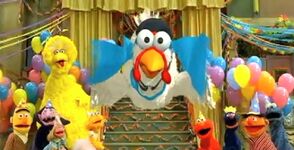 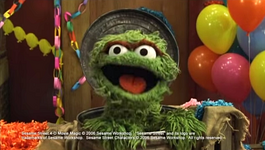 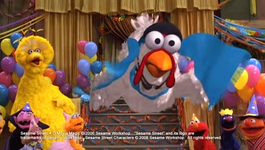 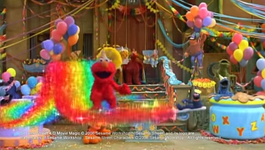 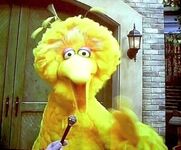 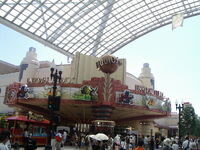 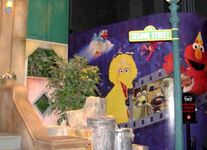 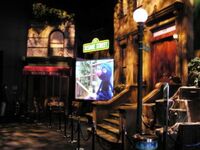 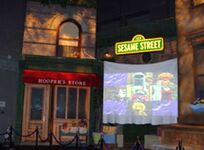 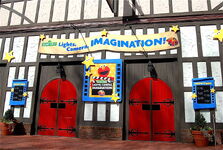 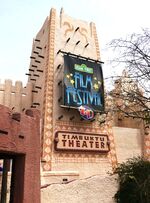 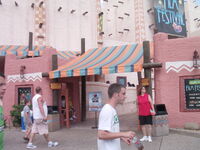 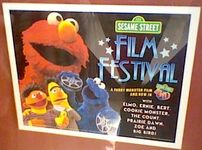 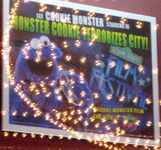 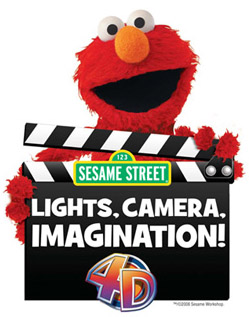 Retrieved from "https://muppet.fandom.com/wiki/Sesame_Street_4-D_Movie_Magic?oldid=1236692"
Community content is available under CC-BY-SA unless otherwise noted.