Sesame Street Classics are collections of Sesame Street episodes distributed to the consumer market via digital download and online streaming.

The first volume was originally released via iTunes on July 10, 2011 and consisted of 12 episodes and two bonus videos. The episodes, packaged in this way, have since been released by other content providers, available either as part of a subscription service, or direct purchase (in some cases, both). A second volume was released first via iTunes on April 24, 2012. 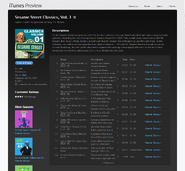 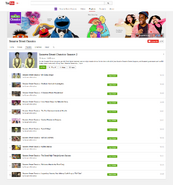