Sesame Street Count Around is a 1972 Sesame Street educational toy made by Ideal Toys. The vinyl toy is a flat, hinged sheet that opens to reveal two illustrated scenes -- a city street scene, and a boat on the sea. A disc on the side of each scene can be turned to make characters appear in the apartment windows and boat portholes. Children are encouraged to count the number of characters that appear as they turn the disc.

The city scene includes illustrations of Muppet characters, including Ernie, Bert, Oscar the Grouch, Sherlock Hemlock and Lefty the Salesman. 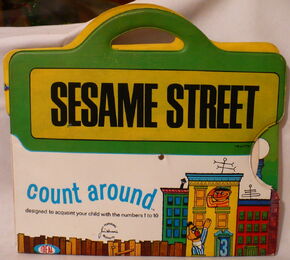 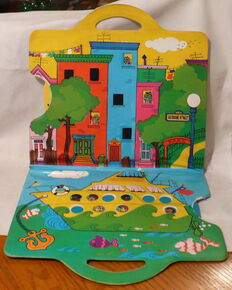 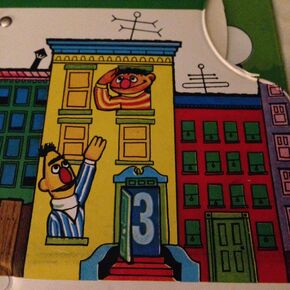 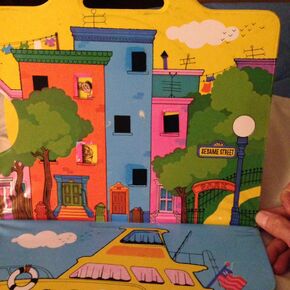 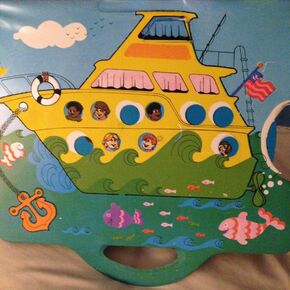 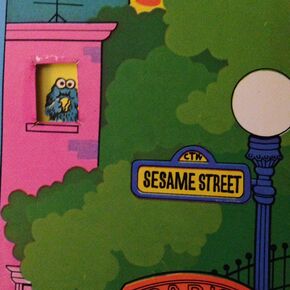 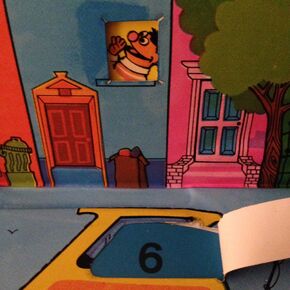 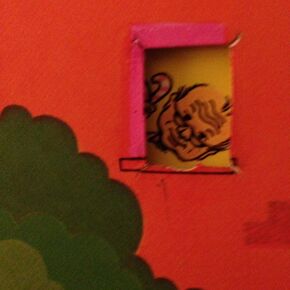 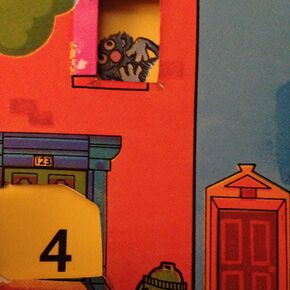 Retrieved from "https://muppet.fandom.com/wiki/Sesame_Street_Count_Around?oldid=1099844"
Community content is available under CC-BY-SA unless otherwise noted.