When you start the game, you can choose to control the Count with one of two control types, "Hop" (leap through the entire level) or "Run" (run and jump) Every level starts with a spinning wheel filled with numbers 1 through 10. When you hit the wheel, the Count will announce the number you hit, and then you must find the number, or groups of objects that add up to the number. If you find a balloon, you can ride it to one of the two bonus levels, one is a game where you add and subtract numbers in a jar, and the other is a game where you must find the right number in one of many barrels. When you reach the end of a level, the Count will count the objects you've collected, and you'll move on to the next stage. 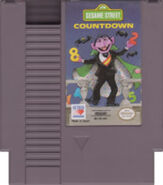 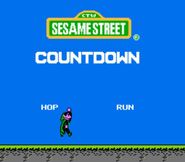 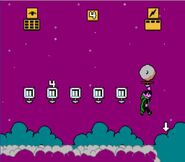 One of the mini games
Add a photo to this gallery
Retrieved from "https://muppet.fandom.com/wiki/Sesame_Street_Countdown?oldid=1099847"
Community content is available under CC-BY-SA unless otherwise noted.