On November 9, 2009, the corner of 64th Street and Broadway in Lincoln Square was temporarily renamed 123 Sesame Street with a dedication ceremony. New York City, by a Mayoral Proclamation from Michael Bloomberg, established November 10, 2009 as "Sesame Street Day," a day to mark the show's 40th Anniversary. 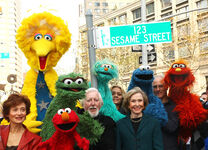 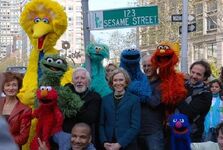 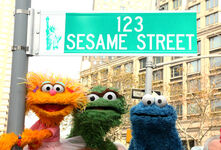 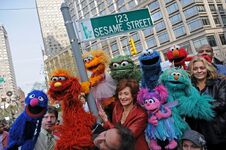 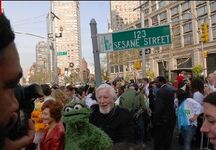 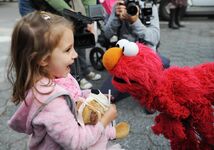 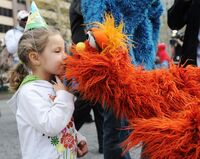 Another street-naming event was held on May 1, 2019 to celebrate the show's 50th anniversary. By Mayoral Proclamation, Mayor Bill de Blasio named the day "Sesame Street Day" and helped unveil a new, permanent "Sesame Street" sign, now hanging at the intersection of West 63rd Street and Broadway. 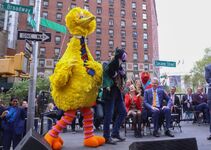 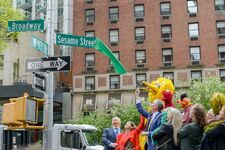 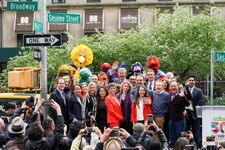 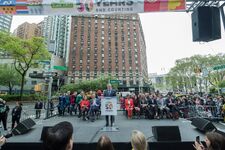 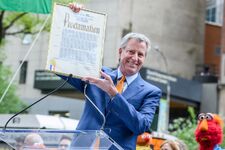 Retrieved from "https://muppet.fandom.com/wiki/Sesame_Street_Day?oldid=1182355"
Community content is available under CC-BY-SA unless otherwise noted.