Sesame Street English is a series of 26 videos produced by Sesame Workshop in 2008 to help pre-school children learn English as a second language. The core of each episode is a two-minute cartoon, which features the Sesame Street Muppet characters animated in an anime style. The cartoons were designed by Superdeux and animated by Peter Belsky, with the Muppet performers providing the voices for their respective characters.[1]

The episodes also include live-action sequences and segments from Sesame Street, based around four key concepts: "reading readiness", "math concepts", "nature and health exploration", and "the world around me".[2]

The series also includes a Muppet segment, "Animal Confessions", in which a dog has simple conversations with hungry animals about what they eat.

Some animated segments from the show appeared on Sesame Street during Season 40 and 41. 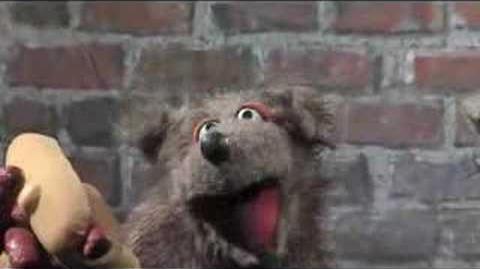 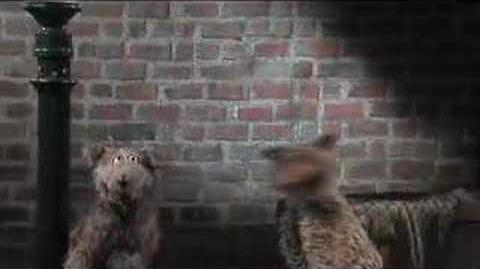 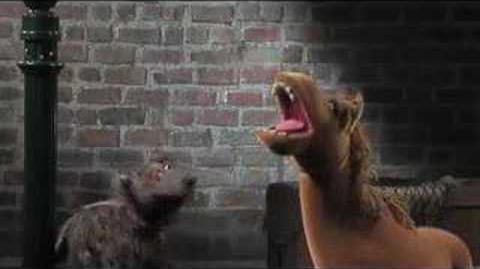 A hungry Benny Rabbit asks for food in "Animal Confessions".
Add a photo to this gallery

Retrieved from "https://muppet.fandom.com/wiki/Sesame_Street_English?oldid=1099867"
Community content is available under CC-BY-SA unless otherwise noted.