Sesame Street Finger Puppets is a series of two activity books published by Western Publishing in the early 1970s. The book features finger puppets made on heavy paper stock. The set features the Sesame Street Muppet characters along with objects, letters and numbers. 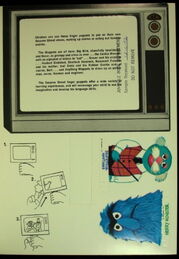 A follow-up activity book, More Sesame Street Finger Puppets, was released in 1972. Like the previous set, the book featured many Muppet characters, letters, and props and backdrops from various Sesame Street segments.

Among the sets and props included were: 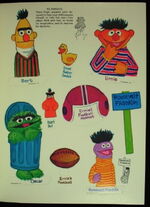 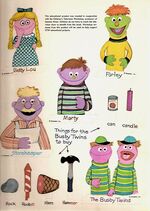 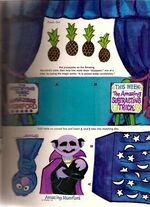 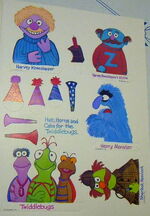 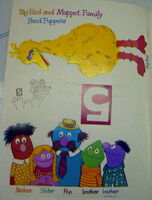 Retrieved from "https://muppet.fandom.com/wiki/Sesame_Street_Finger_Puppets_(book)?oldid=1075898"
Community content is available under CC-BY-SA unless otherwise noted.