In this video, a barrage of smoke in Oscar's trash can worries Big Bird, but Gordon assures him that if it is a fire, they can call the fire department. Called by another neighbor, the brigade arrives, led by Chief Kirby. The chief takes care of the situation, which was merely smoke without fire generated by Grouch cuisine Oscar is cooking up for a Grouch barbeque that he's having, and invites Big Bird, Gordon, Elmo, and Lissette to go back to the station with him. There, they learn about how firemen work and live, what they do between alarms, how fire equipment works, as well as important safety procedures and the value of smoke detectors. For added drama, the friends accompany the firemen on a real distress call, and observe the rescue of Mr. Monster, trapped in the attic of a third floor house. 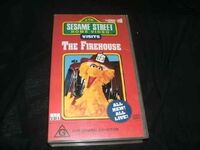 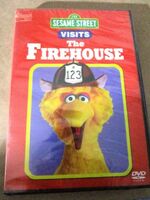 Phillipines (DVD)2004
Viva Video
Add a photo to this gallery

Retrieved from "https://muppet.fandom.com/wiki/Sesame_Street_Home_Video_Visits_the_Firehouse?oldid=1285204"
Community content is available under CC-BY-SA unless otherwise noted.