He meets his friend Betty Lou who misunderstands him and thinks he wants a book called "A Little Black Puppy". She assures him that if the book isn't there a librarian can get it for him from another library in the neighborhood. Elmo, who is thinking about the real puppy, is very impressed.

As they pass through the library they see a puppet show, and stop to listen to a story being read aloud. Finally Betty Lou uses the computer to look up the book. She runs over to the shelf and shows the book to Elmo who explains that he doesn't want a book but a real puppy.

They ask the librarian who suggests a book titled "How to be a Great Detective". An excited Elmo registers for a library card to check out the book. Betty Lou finds him some other books to check out as well. As he walks out of the library Elmo is excited about all the help he has to solve "the missing puppy mystery." 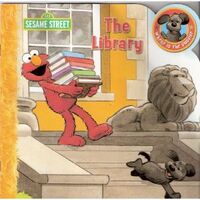 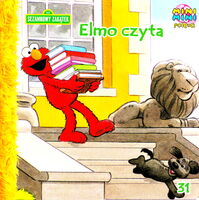