Elmo is playing at the Sesame Street Playground with his friends. Nearby some monsters are playing baseball. The little black puppy wants to play baseball also, but when he interferes with their game the monsters chase him. Elmo is afraid the puppy will be scared by the monsters so he asks all his friends to distract them. Each of his friends asks a monster to help them play. By the end of the book, the monsters decide they'd rather play on the playground than play ball, and the puppy is safe. 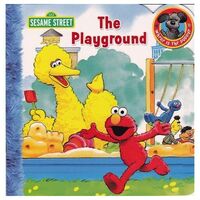 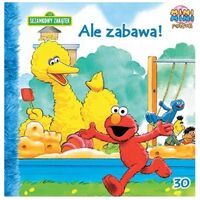 Ale zabawa!
Poland, 2011
Add a photo to this gallery
Retrieved from "https://muppet.fandom.com/wiki/Sesame_Street_Playground_(book)?oldid=1137231"
Community content is available under CC-BY-SA unless otherwise noted.