Sesame Street Rails & Roads is a 2013 line of Sesame Street vehicle toys made by Hasbro under the Playskool label. It expands the Toys R Us exclusive Come 'n Race toys line from 2012. The toy line combines cars and trains, two popular preschool obsessions.

The Elmo Junction playset includes a train driven by Elmo and a die-cast taxicab driven by Grover. The track can be laid out as a figure-8, or as a double-decker train track and roadway. When Elmo's train drives through the ABC track, he sings "The Alphabet Song"; when he drives over the 123 track, he sings a song about numbers. 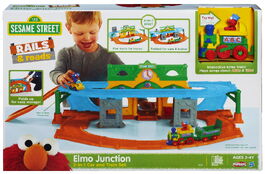 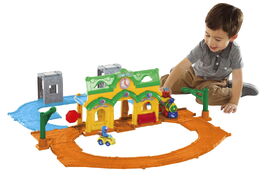 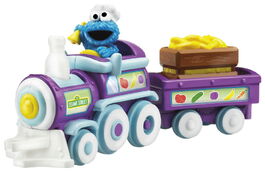 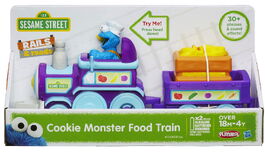 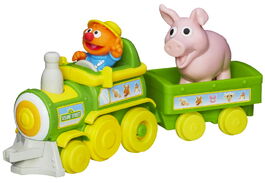 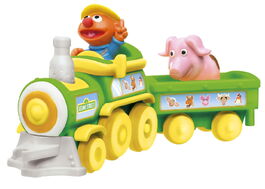 Hasbro also released four sets of Sesame Street Racers die-cast cars as part of the Rails & Roads line. Two of these sets -- Elmo/Big Bird and Ernie/Cookie Monster -- are re-releases from the Come 'n Race set that was a Toys R Us exclusive in 2012. They're joined in 2013 by a Super Grover/Cookie Monster set, and an Oscar the Grouch/Elmo set. 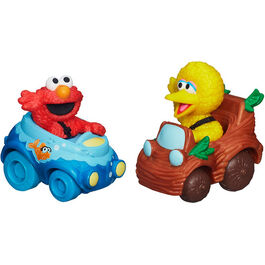 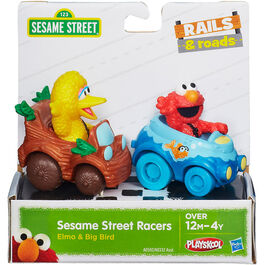 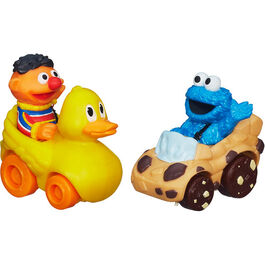 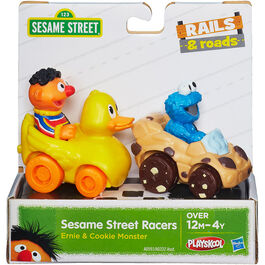 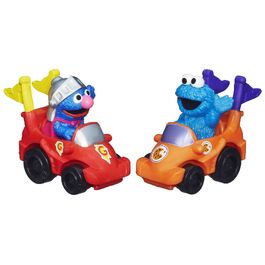 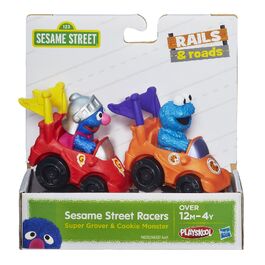 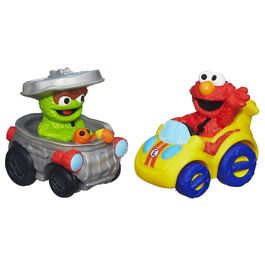 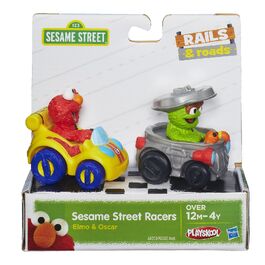 Retrieved from "https://muppet.fandom.com/wiki/Sesame_Street_Rails_%26_Roads?oldid=1100034"
Community content is available under CC-BY-SA unless otherwise noted.