Sit'n Spin is a children's toy first marketed in 1974 by Kenner Toys and then by Hasbro following a 1991 merger. The toy mimics a "teacup" carnival ride, and features a large circular two-part plastic base. One part is in contact with the ground, and is connected to a smaller concentric plastic disk above it. The other part of the base, another concentric circle, is free to spin about the axis. A child sits on this part of the base, cross-legged and straddling the pole, and turns the disk, spinning the child in the other direction. 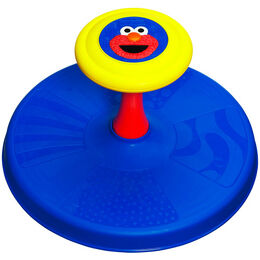 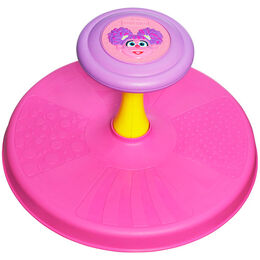 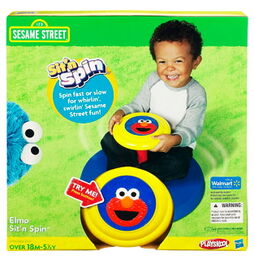 Add a photo to this gallery
Retrieved from "https://muppet.fandom.com/wiki/Sesame_Street_Sit%27n_Spin?oldid=1100055"
Community content is available under CC-BY-SA unless otherwise noted.