In the early 1980s, Synergistics Research Corp. produced a line of Sesame Street ball darts games with Velcro-covered balls. The first set, produced in 1980, featured two characters on the targets: Big Bird and Cookie Monster. In 1981, Synergistics produced a third target, with an image of Ernie and Bert.

Synergistics also made a set of Sesame Street Magic-Catch Mitts, with Velcro-covered balls that would stick on contact to the plush mitts. The mitts were decorated with targets held by Big Bird and Cookie Monster. 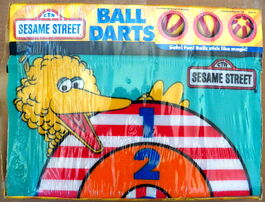 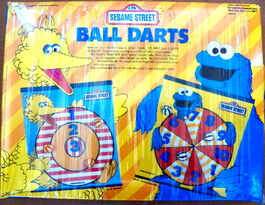 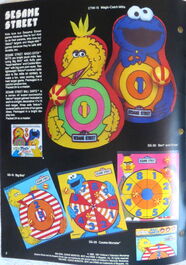 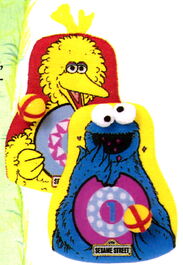 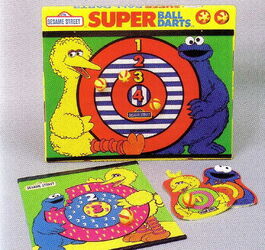 Add a photo to this gallery
Retrieved from "https://muppet.fandom.com/wiki/Sesame_Street_ball_darts?oldid=1076009"
Community content is available under CC-BY-SA unless otherwise noted.