In 1971-72, CTW had contracted with Educational Toys, Inc., a subsidiary of Topper Corp., who produced a line of six Sesame Street finger puppets. When the contract with Topper ended in mid-1972, the finger puppets were distributed for six months by Gabriel Toys.

The toys were produced by Child Horizons Inc., a division of Questor, under the Child Guidance label. 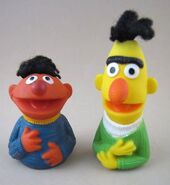 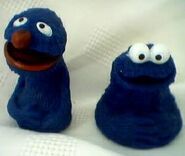 Retrieved from "https://muppet.fandom.com/wiki/Sesame_Street_finger_puppets_(Questor)?oldid=1279583"
Community content is available under CC-BY-SA unless otherwise noted.