The figurines were sold in general blindly in boxes, and were sold only in Singapore, Malaysia, Thailand, Taiwan, Hong Kong, Philippines, and Indonesia. The concept set included also Mr. Snuffleupagus, Oscar the Grouch, Grover and Elmo sitting.

If one bought a box, it was also possible to get one of the golden or transparent versions. Elmo was also available in other colors: a pink version, and a grey, white and black version.

The toys with their boxes 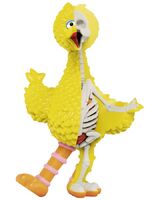 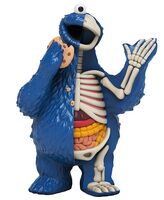 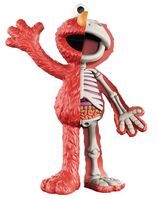 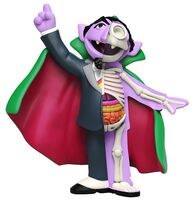 Examples of the colored versions
Add a photo to this gallery

Retrieved from "https://muppet.fandom.com/wiki/XXRay?oldid=1255954"
Community content is available under CC-BY-SA unless otherwise noted.