The 2004 puppets were sold on cards labeled "Collectible Hand Puppets": 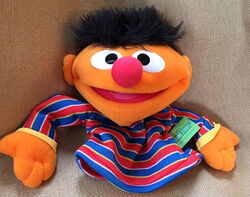 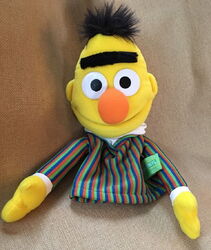 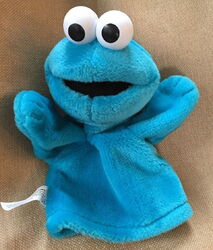 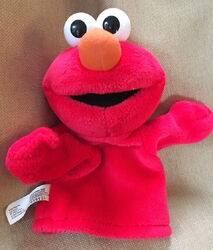 In 2008, Fisher-Price released exclusive puppets as part of the "Sesame Street Classic Collection" line, which celebrated Sesame's 40th anniversary. The first three toys -- Cookie Monster, Elmo and Grover -- were available exclusively at Target stores in 2008. In 2009, a Big Bird puppet was sold at Target, and the other three were available in other stores.