Hasbro produced a line of Sesame Street toy electronics in 2011, under the Playskool label.

Big Bird Camera is decorated with Big Bird's face. The toy has a working flash, powered by AA batteries. When the camera is turned around, a young shutterbug can see one of four "pictures" taken by the camera. A Mexican version was made with Abelardo's face on it. 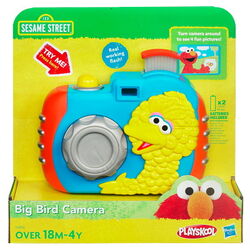 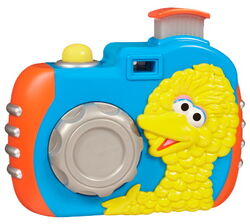 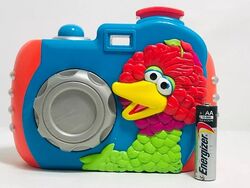 Cookie Monster's MP3 "Player" is made in the shape of Cookie Monster's face. The dial turns to reveal three album covers; push the button to hear songs sung by Ernie, Elmo and Big Bird. The toy does not actually play MP3 songs. 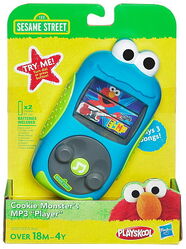 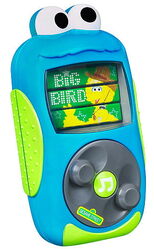 Elmo's Cell Phone is made in the shape of Elmo's face. The cell phone can call Elmo's Sesame friends, including Oscar the Grouch, Ernie and Abby Cadabby. 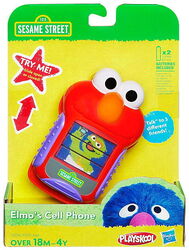 In 2012, Hasbro added the Super Grover Remote to the set. Super Grover's visor raises and lowers with the press of a button, and there are 30 sound clips of words, phrases and sound effects. 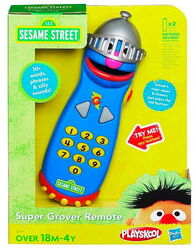 Add a photo to this gallery
Retrieved from "https://muppet.fandom.com/wiki/Sesame_Street_toy_electronics_(Hasbro)?oldid=1260956"
Community content is available under CC-BY-SA unless otherwise noted.