Video clips can be found by grouping by character, theme, educational topic, classic and current clips, or songs. There is also a section called "On Air," which features info on various characters, as well as an episode guide for seasons 35 through 40.

Prior to the launch of the site, an advertisement for the website, featuring Elmo, Chris, Cookie Monster, and the Twiddlebugs, was produced and included on various Sesame Street DVDs. A shortened version has appeared at the end of various episodes of The Sesame Street Podcast.

Although Grover thinks it would help increase traffic, the site does not feature any videos of kitty cats sitting on the potty.[1]

The earliest version of the site was in the form of a video archive, launched in December 2007 with an introduction by Grover. In addition to providing segments from the show (all given a "Sesamestreet.org" logo in the corner), the site's video section also includes clips exclusively available online. "Backstage with Elmo" features interviews with recent celebrities who appeared on the show. The main page also features newly produced video content, promoted as a themed day (such as "Number 5 Day" or "Grover Day"), though these "days" often appear on the site for at least a week. The site has also recently added a series of clips called "All About Our Site", where Grover and a representative of Sesame Workshop talk about the site. There are also a few segments from The Electric Company, although they do not appear within the site's video listing.

A "History" section launched in October 2009, tieing in with the publication of the book Sesame Street: A Celebration of Forty Years of Life on the Street. The new page asks viewers to vote for their favorite clips in the show's 40 year history, and features "behind the scenes" stories from Celebration editor Betsy Loredo.

In December, they launched a collection of eBooks, including some with audio from the actual characters. The site ranked #15 in TIME's "50 Best Websites 2010."[2] 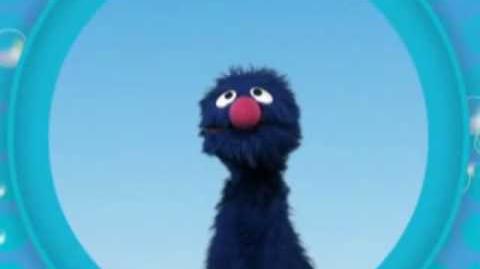 Grover orders too many underpants
Grover introduces the site in a welcome screen after accidentally confirming an order of 1000 pairs of underpants. 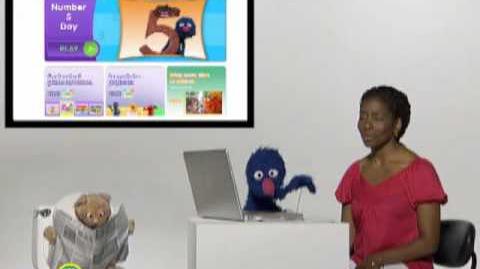 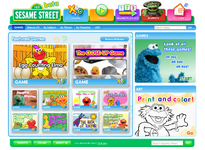 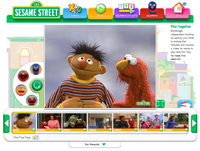 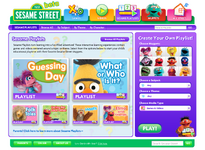 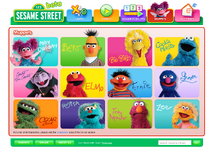 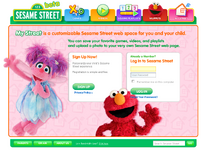 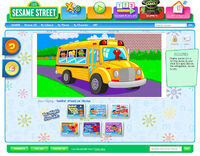 Games: Wheels on the Bus 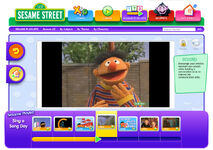 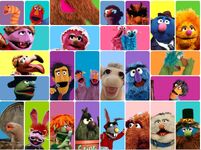 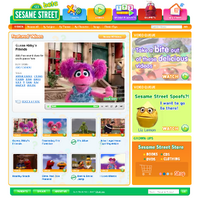 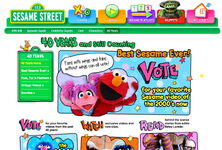 History (October 2009)
Add a photo to this gallery

Start a Discussion Discussions about Sesamestreet.org