Sesamgade (Sesam Street) is a Danish co-production of Sesame Street that premiered on TV2/Denmark on October 18, 2009. The show is part of Bavian, a larger weekend block for 4 to 6 year-olds.

Kevin Clash came to Denmark in the first week of June 2009 to audition puppeteers to play Elmo. TV2/Denmark had sent tapes to Kevin Clash with 20-25 puppeteers, from which he narrowed down the few who auditioned for him in Denmark. Kevin Clash also had a hand in the auditioning potential actresses for the role of the female co-host, to make sure that Elmo and the co-host had the right chemistry together on screen.

The process of naming the show has been quite complicated; some of the names considered include Sesam Klubben, Sesam, luk dig op and Sesam Gade. The final spelling of the name is based on how street names in Denmark are normally named, so it ended up as Sesamgade instead of Sesam Gade. However, it was also decided that the title should always be written in capital letters.

On October 13, 2009, TV2 showed two episodes to an audience of 400 children at the Metropol cinema in Copenhagen. The reactions from the children were positive. Signe and Elmo also made an appearance.

In previous Danish dubs of the show, the Sesame characters were given local names -- Elmo became Elmer, Ernie was Erik, and Bert was Bent. Sesamgade retains the original American names, and Elmer's Verden has been redubbed as Elmo's Verden. Executive producer Preben Vridstoft said that there are several reasons behind keeping the original English names for the show: there's already an Elmer in the world of children's television (Elmer Fudd), Elmo is a cute name, the names Erik and Bent seem old-fashioned compared with Ernie and Bert, and finally, Danish children today are used to weird foreign names from shows like Pokémon.

The production was also a test to see if there was a market in Denmark for a more extensive co-production, along the lines of the Norwegian Sesam Stasjon or the German Sesamstrasse. As of August 2020, there still isn't a full co-production in Denmark. 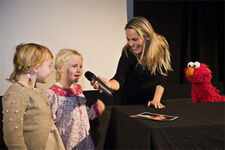 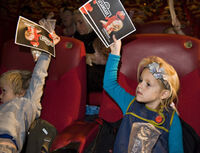 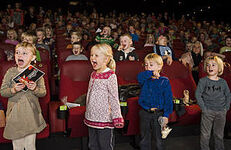 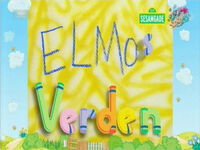 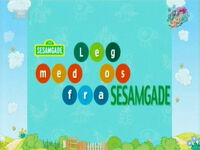 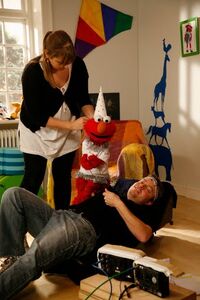 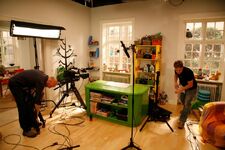 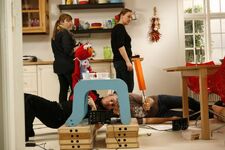 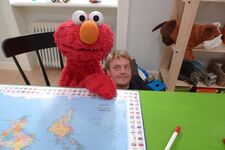 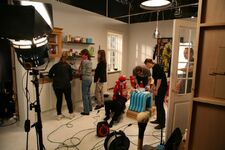